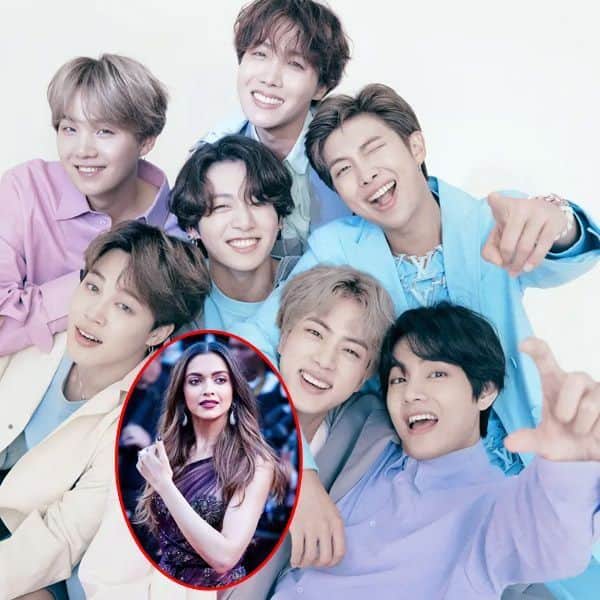 THE BOYS ARE IN THE BOOK ?

Congratulations to @bts_twt who have a spread in the upcoming #GWR2022 book!

After breaking countless records throughout 2021, they have also cemented their place in the Guinness World Records Hall of Fame ?

BTS, who has become the synonym of milestones and achievements across the globe, has once again made ARMY proud with their new feat. The popular K-pop band recently entered the Guinness World Records’ Hall of Fame with 23 feats. GWR (Guiness World Records) shared an official statement to announce this news, which reads, “BTS have collected a jaw-dropping 23 Guinness World Records titles across music and social media, an amazing result achieved also thanks to the enthusiasm of their fans, the ARMY.” Also Read – BTS’ Jin looks ethereal even without makeup proving why the Worldwide Handsome title sits so prettily on him — view pics

Desi Girl and International Icon, Priyanka Chopra often gives us major relationship and couple goals by sharing amazing pics with husband Nick Jonas. The Citadel star posted a PDA pic in which Nick is seen using a knife and fork on the actress. The actress captioned, “Snack,” followed with fork and knife emojis. While the image garnered over 3.4 million likes, a certain section of the audience trolled PeeCee saying that she is ‘Unsanskari Aurat’.

Popular rapper Kanye West, who recently ended his marriage with Kim Kardashian, hinted at cheating his ex-wife through his new song Hurricane which is a part of his album Donda. In the song he can be heard rapping, “Here I go actin’ too rich / Here I go with a new chick / And I know what the truth is / Still playin’ after two kids / It’s a lot to digest when your life always movin.” Well, fans feels that Kanye has conveyed the reality with the lyrics of the song.

BTS member Jungkook, who is fondly called as the Golden Maknae by ARMY, recently celebrated his 24th birthday. While we saw fans flooding the social with their amazing wishes, his mania was celebrated globally by fanclubs in places Cairo, Ukraine, Thailand, Mumbai, Indonesia, Japan and others.