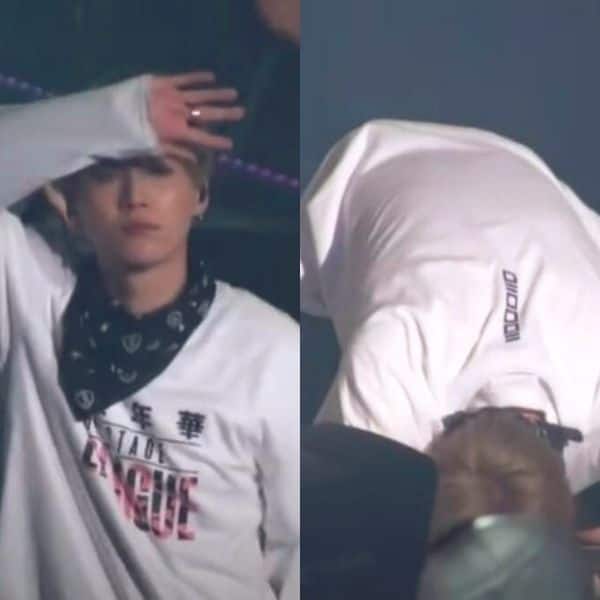 BTS is going places with the work that they are doing and the music that they are creating. They are one of the most popular bands and their popularity is forever on the rise. Also Read – Trending Hollywood news today: BTS’ Jungkook becomes the first artist to have a themed cruise ship parade, Khloe Kardashian’s advice to her past self and more

This story goes back to 2016 when the eldest rapper Suga saw his parents attending his concert. He was so overwhelmed that he broke down in tears and bowed, as his passion had finally been recognised. It was the first time his parents had attended his concert. This particular clip of Suga at the concert will make you also super-emo. Jimin can be seen comforting his fellow band member. Also Read – When ARMY savagely teased BTS’ RM, Jimin and others but their response still won hearts and made everyone ROFL

In an old interview with Rolling Stone, the rapper said that that his parents had ‘never understood rap, as it wasn’t part of the music they listened to’. “My parents didn’t understand rap. They are a generation apart from myself, and they never listened to rap; it wasn’t part of the music that they listened to. So it’s only natural they were against what I was doing. And, of course, being a musician is a very unstable profession as well,” he had revealed. Also Read – BTS: ARMY fan girl recalls the time when Jin left her super-embarrassed at a meet and greet and the reason will make you ROFL

He had added that he could understand perfectly why his parents were against what he was doing. He said that it motivated him to work harder as there was something that he now had to prove. “I had to show my parents it was possible. So it drove and motivated me to work even harder,” he had stated.

Well, we are sure he has made his parents very proud.