When ARMY savagely teased BTS’ RM, Jimin and others but their response still won hearts and made everyone ROFL 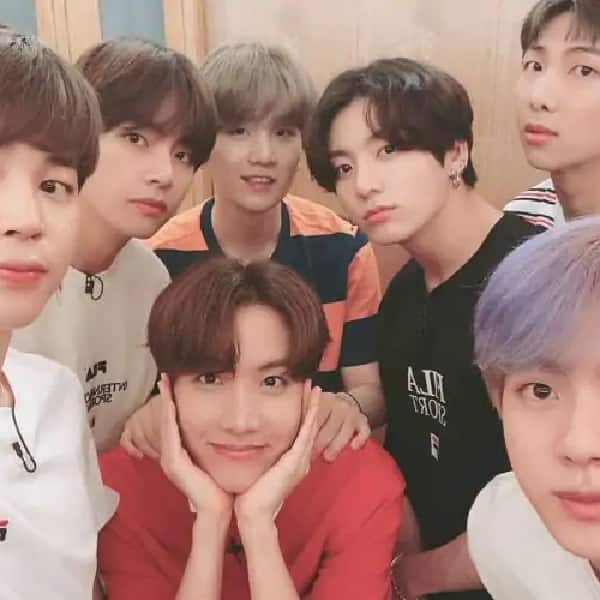 Korean band BTS comprising of seven members is pretty well-known across the globe. They have their fans who are spread all over the world. Their fans known as ARMY make sure to keep the gang trending and how on social media. Sometimes it involves fun teasing too. As the members like RM, Jimin, J-Hope, Jungkook, Suga, V and Jin often carry out interactions with fans on social media, we have seen many instances when the fans have teased the stars. And they have taken it sportingly too. Also Read – BTS: ARMY fan girl recalls the time when Jin left her super-embarrassed at a meet and greet and the reason will make you ROFL

One such incident was when RM was reminded of his habit of lost Apple Airpods. In one of the social media live chats, RM revealed that he has lost 33 pairs of Airpods. “Since this is my 34th pair, I guess I bought them 33 times,” he said. Going along with his, on Weverse, a fan commented, “I found AirPods on the street… Is it you, RM-oppa?” V came across this comment and could not stop laughing. Also Read – BTS: Jungkook becomes the first artist to have a themed cruise ship parade with illumination show – deets inside

Another incident as reported by Koreaboo was when the ARMY made fun of Jimin’s past. In a live broadcast, Jimin couldn’t stop adjusting his cap as fans could not see his face. ARMY poked fun stating that Jimin looks like how he looked in the past. He hid his face laughing and said ‘let go’ as ‘I am embarrassed of my past’. Also Read – BTS’ Suga reveals how the lyrics of Permission To Dance is comforting many ARMYs in these pandemic times

Third incident was when ARMY commented on Blood, Sweat & Tears choreography. Sharing a video clip as GIF, a fan commented, “The once-popular, wallet-finding oppas.” Suga took it sportingly and replied back saying, “[The wallet] was in the back pocket.” LOL! Now didn’t we say BTS is a perfect combination of savage and funny? We like. Currently, they are basking in the success of their latest song Permission To Dance.