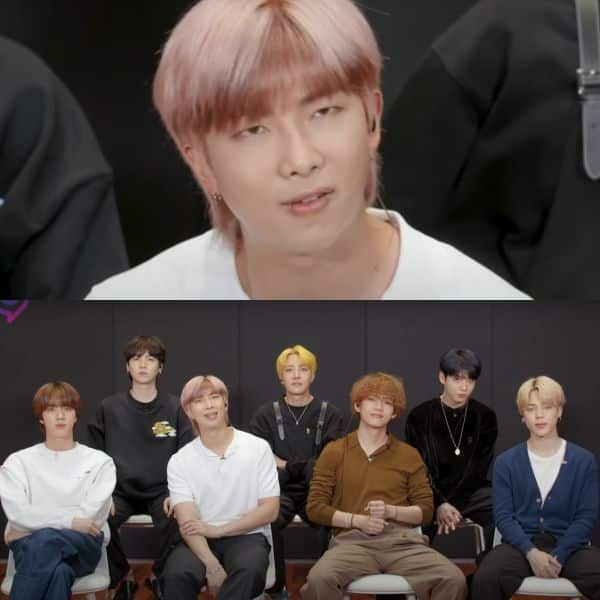 The popular South Korean pop band BTS recently appeared on Spout Podcast to talk about everything. Right from their new music to their collaborations, the BTS spoke their hearts out about themselves. Also Read – BTS: From Jimin putting 33 sticks of Butter in a bowl to V fitting 35 Tiny Tan figurines in his pants, the septet’s appearance on Jimmy Fallon is entertaining and HILARIOUS – watch video

Host Erik Achary told BTS that with their first Radio Live debut more people will be joining the BTS ARMY. He asked the band boys if they have a message for those people who will be entering the fandom as newbies. Also Read – Hollywood News Weekly Rewind: Dwayne Johnson exits Fast and Furious franchise; BTS’ historical Billboard achievement, Timothée Chalamet dances to Punjabi track Mundian To Bach Ke

Leader RM said, “So, first things first, welcome to the team. Welcome! There are some actually fun chapters before ‘Dynamite.’ There are some ‘Dynamite’ chapters right now… like our fourth chapter. First chapter, there was Skool [Luv Affair], the second chapter … was kind of like The Most Beautiful Moment in Life, and third chapter, we got Love Yourself, Map of the Soul, so there’s some actually narrative that we have, walk this way and path.” Also Read – BTS to perform Billboard Hot 100 No. 1 hits and special cover for BBC Radio 1 broadcast next week

RM further added that BTS has a lot of content and any new ARMY will never be bored. He also mentioned that it might take a year or more for them to catch up on eight years worth of content, but will surely be fun.

RM said, “There’s a lot of songs, lots of albums, lots of behind-the-scenes, literally BTS’s, videos, social media, and so maybe it’ll take a year to chase all of the paths and things of BTS.” RM then concluded his speech with a disclaimer as he said that it might be easy to join the fandom, but it’s not so easy to leave! Well, RM you are right.

Rm said, “There’s no exit. There’s no kind of get-out. So, welcome to the team. Please don’t go out. Have a great day!”