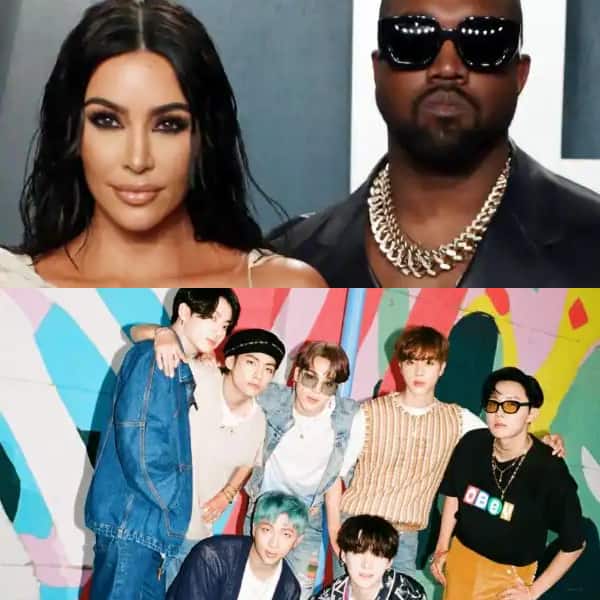 There is never a dull day in Hollywood and today was no exception. We are here to tell you about all the trending Hollywood news of today. From K-pop band BTS to Kanye West and Jennifer Lopez, quite a few Hollywood stars trended for some reason or the other. So without any further adieu, here’s all the gossip for you straight from Hollywood! Also Read – Trending Hollywood News today: BTS’ Jimin sends a heartfelt message to ARMY after the band achieves new milestone, Jennifer Lopez dodges question about Ben Affleck and more

President Moon Jae In appointed BTS aka Bangtan Boys as as special envoys of Korea’s growth and culture, ARMY demanded military service exemption for the septet. But in the past, BTS had replied to something similar and said, “If there is a call from the country, we will respond at any time. Military service is a national obligation.” Also Read – Trending Hollywood new today: BTS’ shocking confession regarding Ed Sheeran, Britney Spears feeling ‘blessed’ after hiring a new attorney and more

Kanye West says he is losing his family

Jennifer Lopez took to her Instagram to share a video sharing about her morning routine. From showing her skincare routine to giving a peak into her gorgeous bathroom, Jennifer made the day of her fans. She shared the video with the caption, “Hello Gorgeous! I’m breaking down my real AM routine for you so you know exactly how I get THAT glow (ps coffee and H2O are always a must).”

Britney Spears once again took to her Instagram account to share her dancing video. She showed off her moves wearing a white crop top and hot shorts. She penned a lengthy note along with it. “So what do you guys do to keep your dreams alive ???? Just curious cause at this point I’m not sure it’s a good idea to listen to advice from some people. Yesterday I realized all my tennis shoes were gone … I like them because I dance three hours most days and my feet hurt so I put tennis shoes on so my feet feel nice … well all of mine are old so I ordered four new pairs and they came in five weeks ago but they were all too big so I’ve been without them for a long time !!!! So when I woke up yesterday and remembered I had none I pulled a Carrie Bradshaw and ordered a bunch of new shoes online !!!,” read a part of it.

To Hollywood Reporter, Dwayne Johnson confirmed that he won’t be a part of Fast & Furious franchise anymore. He wished the team luck and said, “And that I’ve wished them well. I wish them well on Fast 9. And I wish them the best of luck on Fast 10 and Fast 11 and the rest of the Fast & Furious movies they do that will be without me.”