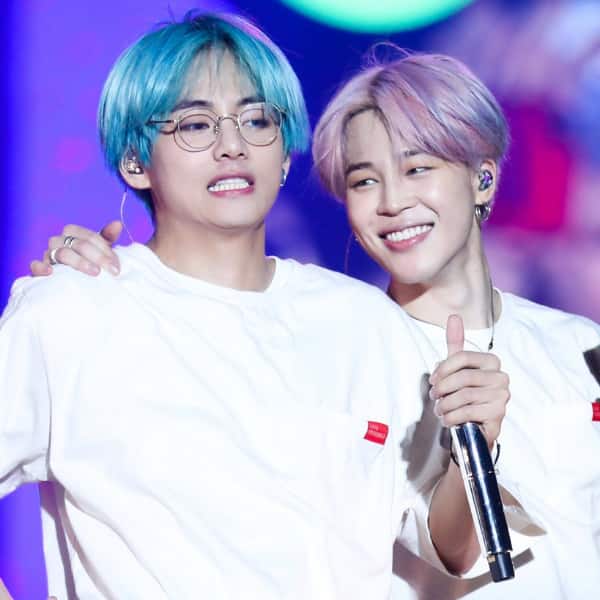 BTS aka Bangtan Sonyeodan is a global phenomenon right now. In case, you are new here, it is currently one of the iconic pop boy bands ruling the K-pop arena. It’s a septet consisting of 7 boys namely, RM aka Kim Namjoon, Jin aka Kim Seokjin, Suga aka Min Yoongi, J-Hope aka Jung Hoseok, Jimin aka Park Jimin, V aka Kim Taehyung and Jungkook aka Jeon Jungkook. The boys are very close to each other. They have been together for more than a decade and have practically lived together. Now, there are times when they pull pranks on each other. And they would do so in front of the live audience as well. Also Read – BTS’s V performing belly dance in Dubai is a sight to behold for all ARMY – watch video

So, we chanced upon a video (throwback) wherein Jimin took a jibe at V saying that his breath stank and what Taehyung did next, will leave you on the floor laughing. It so happened that RM had been conducting a live session and as usual, the boys, Jimin and V decided to disturb him and joined along. They were sitting on what seems like a couch. RM was holding the camera and recording everything. V was tickling Jimin and the latter, on live, told V that his break stinks. V quietly rolled away. And wait for it, he went near the air purifier besides the couch and opened his mouth. Jimin saw it and burst out laughing. V explained that he is getting his breath cleaned. RM, the leader, the elder one, was amused seeing the two boys and their antics. Have a dekko at their funny video here: Also Read – Did you know? With Permission to Dance, BTS now shares this Billboard record along with Drake

Well, there’s nothing to feel offended about the video or Jimin’s comment for V. The boys are thick as thieves. V also considers Jimin to be his best friend. Anyway, what do you have to say about V and RM’s reaction here? Let us know by tweeting @bollywood_life. Also Read – BTS: From penning his own life in songs to facial piercings, 7 new things we came to know about Jungkook in 2021