BTS’ RM aka Kim Namjoon’s love for the band members, ARMY and music will tug at your heartstrings and make you respect him even more 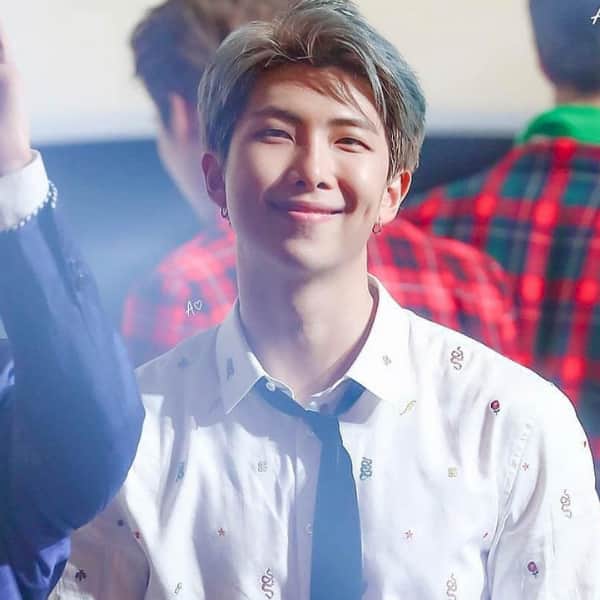 BTS’ RM aka Kim Namjoon is one of the most popular Kpop idols we have in the music area. He is the leader of one of the global pop icons, ruling the roost right now, BTS. However, it was never easy for him (or the boys). It wasn’t particularly, a hunky-dory ride for RM, that is, from being a nobody to leading BTS, the most popular Kpop group in the world. RM faced a lot of criticism during the initial days and he still faces trolling. The rapper is just another young adult managing his career along with a group of boys. And he deserves some respect. Hell, a lot of respect. If you didn’t think much about RM before, these things that Joonie did, will change your heart and perspective about him. Also Read – BTS: Suga OPENS up on ‘valuing sincerity’ and how music is cathartic in his own life

When he put concert before his pain

Once, RM got injured while on tour at a concert. He was in terrible pain. The medics told him that the injury is bad. However, the leader decided to go ahead with the concert, as he didn’t want to disappoint ARMY. There were just two songs left for the concert, and RM hid his pain behind his charming smile and was on his feet in two minutes. His professionalism is unmatched. Watch the video here: Also Read – BTS’ J-Hope reveals how the Bangtan boys deal with highs and lows amid global fame and adulation

RM goes whole into parent mode when the boys aren’t around him. He misses them a lot and gets all jittery. Here’s a view when RM was alone, waiting in the makeup room, while the boys were shooting outside. He can be seen saying that he is getting bored and is missing BTS. The boys, especially, Jungkook aka Jeon Jungkook, Jimin aka Park Jimin and V aka Kim Taehyung love to trouble their leader. And RM dotes on them too. Have a dekko at the video below: Also Read – BTS: Butter, Permission To Dance and more songs by the septet that are a must have on your playlist while house-partying!

RM is sensitive about the hate comments

Would you like it if people drag you down for nothing? RM has been facing that hostility a lot. Ever since he joined BTS, he had been criticized by a lot of people. However, he has withstood all, sometimes by his intelligence, sometimes by his silence and sometimes by his sassy retorts. However, it doesn’t mean the negativity does not affect them. It affects him a lot. The Ddaeng rapper had even confessed to staying up late at night, thinking about the hate comments for him. He had even thought about it for days on end. RM had also confessed that the most hurtful comment he ever came across was “leave Bangtan.” Whoever wrote that, BTS is OT7.

RM keeps BTS ahead of his individuality

RM once was pranked by the boys and Bang Si Hyuk. He was asked whether he would like to go solo or stay with the Bangtan boys. Bang PD slammed him at first asking, him why is he not rehearsing with the boys, staying alone and sleeping during his free time. J-Hope, Suga, V, Jimin, Jin and Jungkook were a part of this plan too. And when Bang PD dropped the bomb, without skipping a beat, RM chose Bangtan boys over a solo career.

When RM backed dreams of the group and cared for them

So, before their debut, J-Hope aka Jung Hoseok had left BTS. He did not want to be a part of the group. It took RM a lot of convincing to do. RM kept saying that they need J-Hope to be a group and he fought with everyone who thought otherwise. RM still cannot think what it would be like if there hadn’t been either of the members. He stood by the boys when they haven’t been themselves and even supported them in their dreams. Watch the video of J-Hope’s story below:

RM made his mother see his passion for music

If reports are to be believed, RM’s mother wanted him to study. And hence, the rapper had to hide his lyrics and notes from his mother. If reports are to be believed, his mother had even broken his mic and his computer. RM then had confronted his mother and his persistence had made her given up, and support her son in pursuing his dreams. Parents who understand the dreams, the passion of their children are rare. RM is one lucky guy.

RM is grateful to ARMY

RM and the boys often break down when they thank ARMY for their constant support in achieving great heights. Here’s one time, back in 2016, when RM couldn’t hold his tears as they got the The Artist of the Year award at MAMA. Trigger warning: Keep tissues handy.

Today, he is one of the most successful and respected artists in the music arena. Other idols and musicians look up to him. His speeches, his thoughts and his positivity have helped the army (fans) across the globe. That’s RM, leader of BTS, a 27-year-old boy with dreams and passion.

The Best Handbags At the Nordstrom Anniversary Sale 2021