The Outpost, Penthouse, Snowdrop, Hekimoglu – the best English, Korean and Turkish web series are arriving on this OTT platform on THIS DATE in India 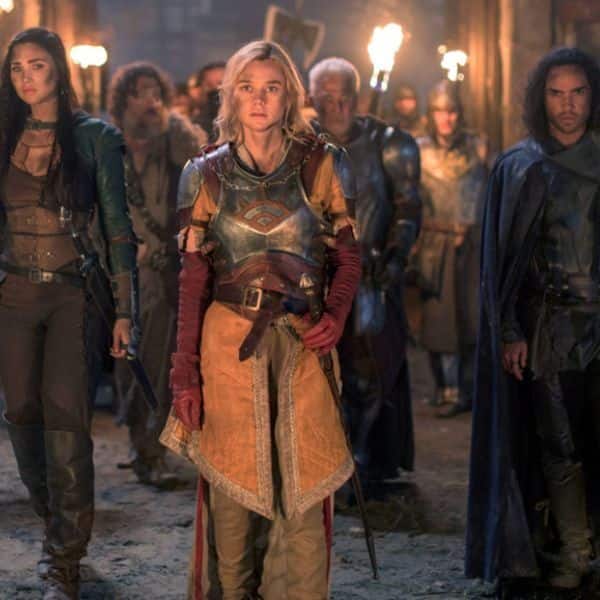 You can now enjoy foreign action, romance, crime and mystery with new episodes dropping every week for four shows from varied countries, and that, too, for completely free. Here’s a list of the popular shows the platform is launching this month… Also Read – Kiara Advani, Anveshi Jain, Naina Ganguly, Rasika Dugal – 11 bold actresses who left little to the imagination in THESE web series

Thirst for power and kingship meets supernatural adventure in this English show that follows Talon, the lone survivor of a race called ‘Blackbloods’. On her journey to this outpost, Talon discovers she possesses a mysterious supernatural power that she must learn to control to save herself and defend the world against a fanatic dictator. If you’re into fantasy, this is the show for you. Catch all the new episodes now, dubbed in Hindi, Tamil & Telugu. Also Read – Samantar 2 teaser: Swwapnil Joshi’s hit web series returns with the promise of more mind-bending twists and thrills

The residents of Hera Palace, a luxury penthouse apartment with 100 floors, have many secrets and hidden ambitions. Sim Su Ryeon, who was born into wealth, is the queen of the penthouse apartment. Cheon Seo Jin, the prima donna of the residence, does all she can to give everything to her daughter. Oh Yoon Hee comes from a poor family, but she strives to enter high society by becoming the queen of the penthouse that is the pinnacle of success in her eyes. Binge watch all the episodes of this award winning Korean drama dubbed in Hindi, Tamil & Telugu now.

Framed for a murder that she didn’t commit, Nadya must make a daring escape from prison to stop her step-sister Irina from marrying Igor, the man that they both love. As they clash, we learn the truth about who killed Igor’s sister, and begin to understand the depth of the hatred between the two. With the passing of time, Nadya must continue to fight to prove her innocence as well as to expose the corrupt business empire that Irina’s family have built their name on. Meanwhile Irina must learn lessons of forgiveness, humility and love. This Ukrainian show is dubbed in Hindi and goes live on the platform on 21st July, 2021

Hekimoglu is a Turkish medical drama that follows the life of Ates Hekimoglu, a successful doctor who solves new complex cases. He examines diseases as a detective and carries out these studies together with a team of 3 specialist doctors, selected by him. The drama will be dubbed in Hindi, Tamil & Telugu and the episodes will drop on the platform on 28th July, 2021

Buzzzz-o-Meter: Stars Are Buzzing About This Deodorant