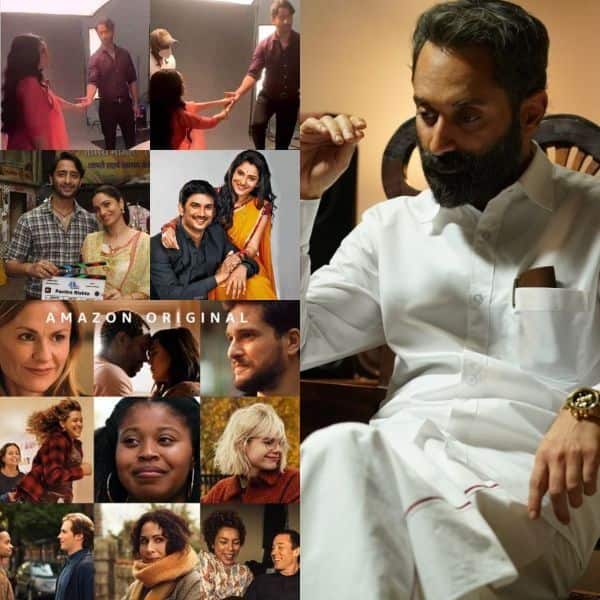 Now that another day is drawing to a close, it’s time to look back at the biggest newsmakers from the OTT space who’ve made it to the trending entertainment news today. From Shaheer Sheikh and Ankita Lokhande’s BTS video for Pavitra Rishta 2 and Malik star Fahadh Faasil revealing why Malayalam stars are staying away from Bollywood to the Modern Love season 2 trailer, Venkatesh revealing that Narappa is his most challenging movie yet and Netflix implementing measures to make the platform safer for kids and families – here’s all what grabbed headlines to make it to the trending OTT news today… Also Read – Mohanlal and Mammootty to Tovino Thomas, why are Malayalam stars staying away from Bollywood? Malik actor Fahadh Faasil has the answer [EXCLUSIVE VIDEO]

So, without further ado, here are the OTT newsmakers of 17th July 2021:

Pavitra Rishta 2.0’s shoot has begun and Ankita Lokhande has returned as Archana, with Shaheer Sheikh stepping into late Sushant Singh Rajput’s shoes for the role of Manav. Now, a video of Shaheer Sheikh and Ankita Lokhande from the promo shoot of Pavitra Rishta 2.0 has gone viral and fans cannot wait to see them as Manav and Archana. Take a look at the video below: Also Read – Guess The Price: Sara Ali Khan’s linen jumpsuit is worth half your month’s salary

From the 90s onward, it wasn’t uncommon to see Malayalam cinema superstars like Mohanlal and Mammootty appear in Bollywood movies, with celebrated filmmakers of the Malayalam film industry such as Priyadarshan regularly making Hindi films with Bollywood stars like Akshay Kumar and Suniel Shetty. However, all that has stopped over the past 5 to 6 years.

Read the full story here: Mohanlal and Mammootty to Tovino Thomas, why are Malayalam stars staying away from Bollywood? Malik actor Fahadh Faasil has the answer [EXCLUSIVE VIDEO]

Venkatesh reveals that Narappa is his most challenging movie yet

Victory Venkatesh’s Narappa is going to release on 20th July on Amazon Prime. Ahead of the release, the actor has confessed that the Telugu remake of Dhanush’s critically acclaimed hit, Asuran, has been the toughest movie yet of his storied career. “I have to congratulate Vetrimaran, Dhanush, and Thanu. Asuran is one of the classics. I have to admit I have not seen such an honest, raw, hard-hitting, emotional drama. I did not come across a film like that. I fell in love after watching it and I felt it is a challenge. We do not get such scripts very often. When I see films of these kind, I immediately grab them. Narappa is the most exhausting film in my career. I never worked this hard all my career. I used to be in the character completely in terms of the look and body language. I used to be in the same costume for around 50 days even when I am in the hotel while shooting in Madurai. For some sequences, I could not come out of the character for 4-5 minutes before doing the next shot. I did so much action as well and they have come very well. After so many years, I got such a strong character. I will leave you in tears. You will watch that in the film. I have done many action sequences in my career but nothing is more exhausting than the ones in Narappa. They used to be very intense and so exhausting. Even though they are not physically demanding, they would leave me so exhausted because I am so emotionally involved,” said Venkatesh while opening up about the film.

According to Mashable India, Netflix is set to launch two new features, one a ‘bi-weekly kids recap email’ that’ll be sent directly to parents from Netflix, with information about their children’s preferences, and the other, a ‘kids’ top 10 rows’, displaying the most popular children’s content in the particular subscriber’s country.