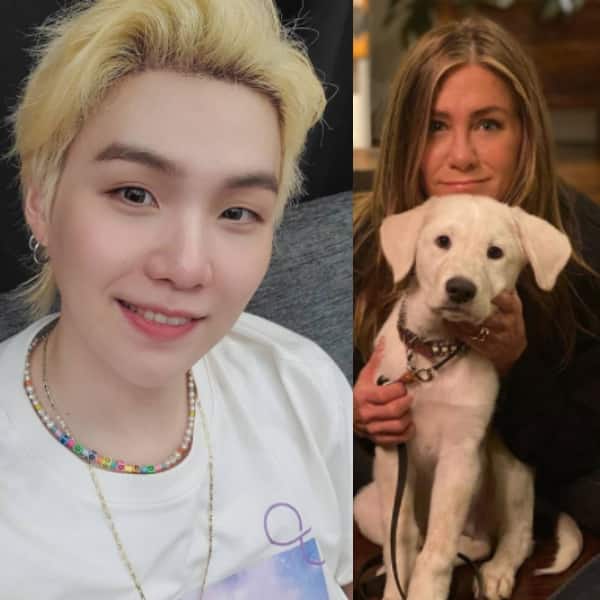 As always, we are here to give you a round-up of all that happened in Hollywood today. Among the newsmakers were K-pop band BTS, Emmy Awards, Jennifer Aniston, Kim Kardashian and others. So without any further adieu, scroll to get your latest dose of all the trending Hollywood stories. Also Read – Is BTS’ J-Hope the Most Fashionable of the Bangtan boys? The singer makes a candid confession

An old video of K-pop band BTS from their fourth anniversary went viral on social media. In the video, all of them received present. They all received photo frames of a picture from their childhood. Suga got a picture that showed him sleeping whilst covered with sand. That’s when he confessed that he almost drowned on that day. He said, “This was the day that I almost drowned in the ocean. I was floating on this tube, and it flipped over. I couldn’t breathe and I was flailing around. My dad rescued me. It was really scary.” Also Read – #BTSOnFallon: Jimin’s embarrassment, V’s odd sleeping habit and RM’s big disclosure about the original name for ARMY — 5 highlights you cannot miss

As Emmy 2021 nominations rolled out, the recently held FRIENDS reunion received four nominations. On Insta stories, Jennifer Aniston posted, “Congrats to my @friends family on FOUR Emmy nominations. This was such a special reunion for us and we couldn’t be happier to share it all with you. “AND extra extra special thanks and shout out to @mrbenwinston who made it all happen. You’re brilliant and we love you.”

Ryan Reynolds who stars as Deadpool shared a video on social media confirming that the superhero has joined Marvel Cinematic Universe. In the video, we see Deadpool meeting Thor character Korg. He shared the video with the caption, “If you include Deadpool’s cocaine rider, this is the most expensive reaction video ever made.”

If you include Deadpool’s cocaine rider, this is the most expensive reaction video ever made. pic.twitter.com/XvhIQMtBfS

The Keeping Up With The Kardashians star’s latest Instagram post has caught everyone’s attention. In the picture shared, we see her showing off her underwater skills and looking like a mermaid whilst donning a bikini. Check it out.

A video of Triston Thompson painting daughter True’s nails has gone viral on social media. The cute moment shared by the father-daughter duo is winning hearts of everyone.