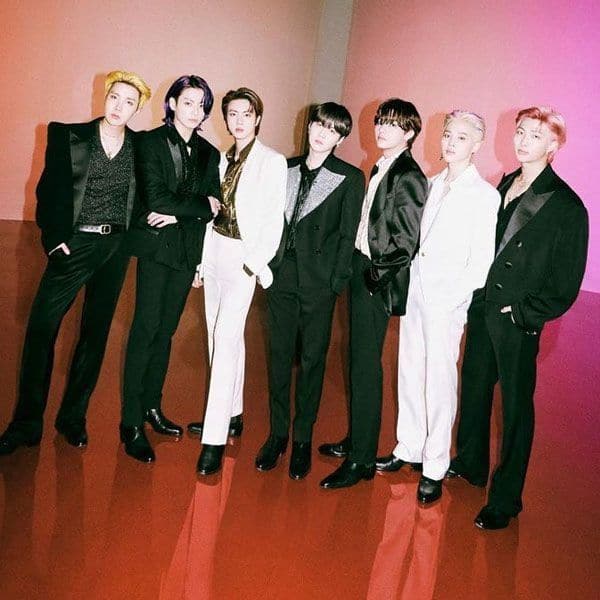 BTS aka Bangtan Boys’ Butter song continues its dominance as it topped the Billboard Hot 100 for the seventh consecutive week. The peppy track, which is croned by RM, Suga, J-Hope, Jimin, V, Jin and Jungkook, has turned out to be the longest-running No.1 Hit on the Billboard Hot 100 by BTS, as well as an Asian artist group in history. Expressing his gratitude towards ARMY, Suga on Weverse app wrote, “You mean seven weeks?” and tweeted, “Thank you ARMY!” On the other hand, J-Hope thanked ARMY and wrote, “7, Army is the best!” Also Read – BTS: Suga predicts Permission to Dance would replace Butter on the Billboard Hot 100; RM and Jin make a special promise to ARMY

정말 믿기지 않는 7주 연속 1위 #BTS_Butter ?
We can’t believe this is really happening to us ?

No-one like him ? the power he has in his eyes is so attractive ?
I Nominate BTS RM for the #TOP_RAPPER Contest on Fanplus#랩신랩왕_김남준 #Butter7thNo1OnHot100#BTS_Butter#랩신랩왕_RM pic.twitter.com/N4PVmjjrDa

Thank you so much US/PR ARMYs for the hard work. YOU DID GREAT! Everyone did great!

It’s amazing to celebrate this another milestone with you all. Fighting! ?#Butter7thNo1OnHot100 @BTS_twt

In a recent interview with Amazon Music, BTS members were asked about the last few times when they had cried and Suga had left us in splits with his reply as he said, “I cried two hours ago when I yawned.” He doesn’t just cry for serious reasons. “Is crying a big deal? Tears can come out just like that.” During the session, Suga predicted that band’s latest track Permission to Dance’s will replace their previous released song Butter which is on the top spot of the Billboard Hot 100. Also Read – BTS REVEAL the reason of why they don’t want to see ARMY in the initial post-pandemic concerts and it will make you emotional