Who among RM, Jin, Jimin, Suga, V, Jungkook and J-Hope is the CUTEST band member? Find out here 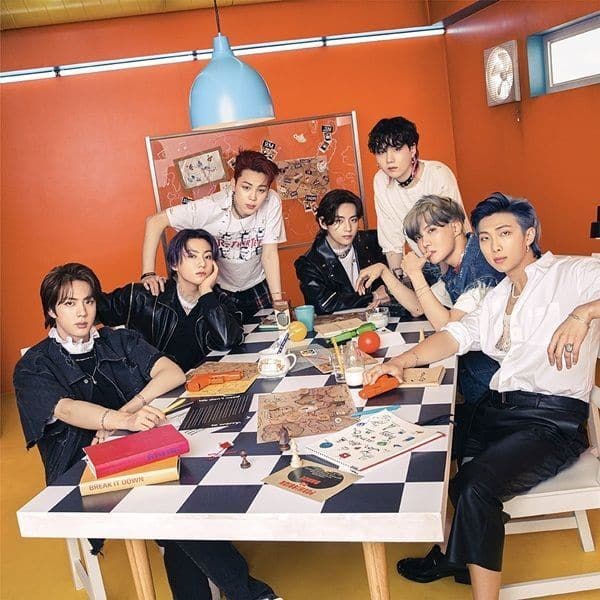 The BTS super band is one of the most loved K-Pop groups who have managed to make a mark in the global music market. After making waves with their first English single Dynamite, BTS once again took the music charts by storm with their second single Butter which was released almost 6 weeks ago. Since then, it has remained at the top of the Billboard Hot 100 chart. And the reason why they are so successful is because of how they connect with their massive fanbase called the ARMY. And while all the BTS members comprising Jin, Suga, J-Hope, RM, Jimin, V, and Jungkook have their own separate fan following, they were asked to single out the cutest member in the band. And it is none other than Jimin. Also Read – Trending Hollywood news today: BTS gets a shout out from Elton John for Permission To Dance, Black Widow director reveals why they didn’t have a cameo of Robert Downey Jr.’s Iron Man in the film and more

At their recent special BTS, The Best event for the BTS Official Japan Fan Club, fans asked the band members who is the ‘best cute guy’. And it didn’t take V, RM and Jungkook a minute to take Jimin’s name. Jimin to agreed with the band members and confindently said, “I think I’m cute too.” The show’s host also shared that he knows about Jimin’s cute charms. Also Read – BTS gets a shout out from Elton John for ‘Permission To Dance’ and ARMY can’t keep calm

Meanwhile, the Korean boy band BTS have released their new track Permission To Dance. Belonging to the dance pop genre, Permission To Dance is another fun song coming from the band. Musician Ed Sheeran and British producer Steve Mac partook in making the number. Also Read – BTS: Not Jin, fans want to see Kim Taehyung/V as a vampire in a Twilight film — view poll results

The performance spotlights on BTS’ energetic charms as usual, and the dance moves are easy to emulate, so anyone can effortlessly groove with the choreography. The band’s latest summer smash hit Butter has topped the Billboard Hot 100 chart for six consecutive weeks, which marks their longest run at the number one spot.

This Cat Was Formerly Abandoned By Previous Owners, Found A New Forever Home, And Became An IG Star Thanks To His Cute Outfits