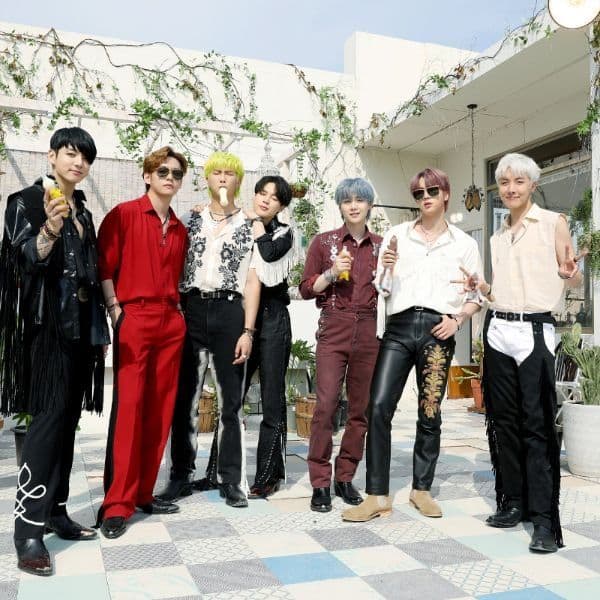 BTS’ latest track is being loved by the ARMY and now, it has achieved a new feat. The song has crossed 100 million views post the Coronavirus pandemic. It is the group’s 35th song to cross this milestone. Some of the band’s other tracks to cross 100 million views are Blood, Sweat & Tears, Dynamite, Life Goes on, Make it Right, and Butter amongst others. Also Read – BTS: When Jungkook SHUT DOWN critics who thought the vocal line was substandard – watch AMAZING video

Permission To Dance spotlights on BTS’ energetic charms as usual, and the dance moves are easy to emulate, so anyone can effortlessly groove with the choreography. Also Read – BTS: Jungkook gets his revenge from Suga who once stole his underwear – watch hilarious videos

BTS, or Bangtan Sonyeondan, are a septet comprising Jin, Suga, J-Hope, RM, Jimin, V, and Jungkook. The band, who is also known as the Bangtan Boys, will show the US TV premiere of Permission to dance on The Tonight Show Starring Jimmy Fallon for consecutive nights on July 13 and 14.

Ed Sheeran has co-written the song along with Steve Mac, Johnny McDaid and Jenna Andrews. To promote his new single Bad Habits, Sheeran appeared on Most Requested Live on June 26. While appearing on Most Requested Live, Sheeran shared that he recently wrote a song for an upcoming BTS album. He stated, “BTS. I’ve actually worked with BTS on their last record, and I’ve just written a song for their new record. And they’re like super, super cool guys as well.”

On his Instagram story on June 28, Sheeran apparently revealed the song’s title. When he was asked about his favourite BTS song, he said, “I’d say my favorite BTS song is their new song, Permission to Dance.”

Best Pajamas For Women at Target 2021