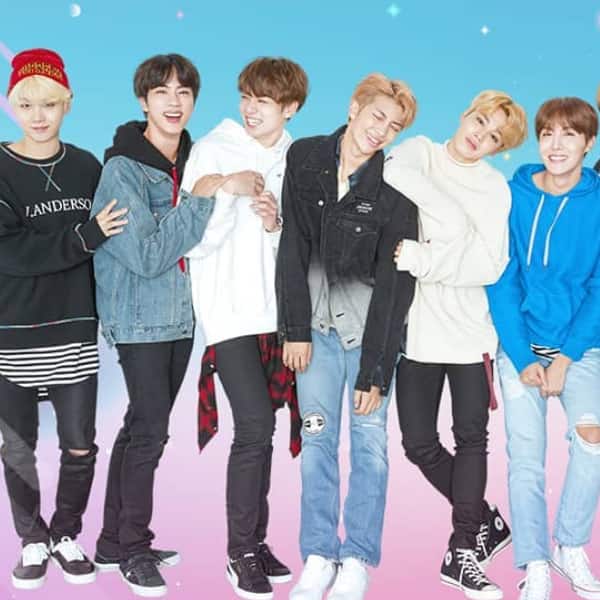 BTS has a massive and crazy fan following. In India, people are madly in love with this Korean pop band. People want to know everything about each member of BTS. All the BTS members love each other and are no less than a family. In the past, all the members of BTS were asked to compliment each other. They were once asked to hold each other’s hand and give each other’s compliments. The members stood in a line and gave a compliment to the member in front of them. It was Jungkook who began this game. He said that he loves V‘s innocence while V said that he liked J-Hope‘s healthy teeth. J-Hope was next and he had to compliment RM. He said that he liked RM’s beautiful close-eyed smile. Also Read – BTS: Jungkook achieves a new milestone on YouTube; ARMY trends GLOBAL ICON JUNGKOOK — read tweets

This made RM laugh and he joking said, “You have nothing else to say, don’t you?” RM then compliment Suga by saying that he liked Suga‘s “cat-like” side. Suga then spoke about Jimin. He said, “Jimin… what do I like about you?” Well, Jimin was surprised and he jokingly threw a punch at Suga. After this cute moment, Suga finally said that he’s jealous of Jimin’s zealousness. Jimin said that he liked everything about Jin, and the members teased him for his answer. Now, it was time to go in the reverse way. Hence, Jin said that he liked the hair connected to Jimin’s nape. Jimin turned to Suga and said that he liked Suga’s eyebrows. Suga said that he liked RM’s carefulness. Also Read – BTS: Here’s a look at times when Suga’s accessories made him look 100x hotter — view pics

RM said that he liked J-Hope’s glowy/oily skin and this literally made everyone laugh out loud. Lastly, V complimented Jungkook on the mole under his lips and said that it excites him. Jungkook asked him why and V said that Jungkook’s mole makes him want to hit it. Also Read – BTS, Blackpink’s Lisa Manoban, GOT7’s Jackson Wang, G-Dragon — 7 K-Pop idols who rule over luxury designer labels