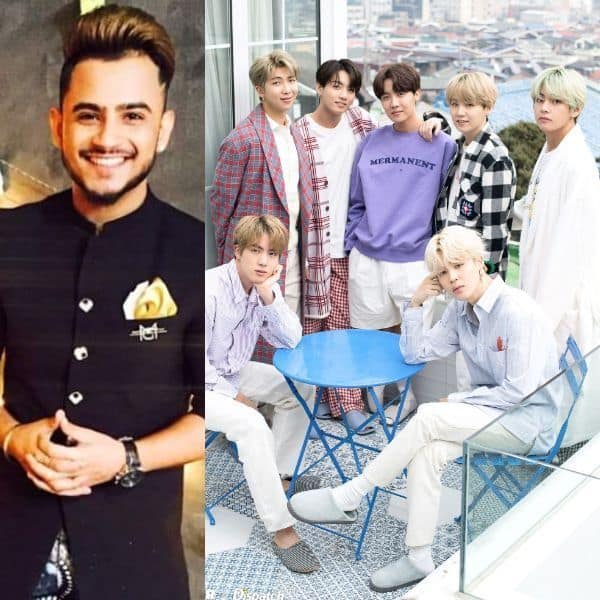 BTS have a massive fan following in India and all over the world. The Korean pop band have left everyone crazy with their amazing songs and their hot looks. Just like their songs, people are even interested to know these boys are in real life. In India, almost everyone loves BTS and are all praise for the band. From celebrities to the common man, BTS is all over everyone’s mind. But singer Millind Gaba has a completely different and patriotic view on the growing craze for Korean pop band across the world. Yes, in an exclusive interview with BollywoodLife, Millind Gaba was asked about his views on BTS and whether he has heard any of their songs. Also Read – Trending Entertainment News Today – Jennifer Mistry Bansiwal breaks her silence on quitting TMKOC; Chris Pratt dances to Tan Tana Tan song with Varun Dhawan

Millind said, “I have heard about it and even before this there was a Korean sensation, Psy. Regional music is good at its place but being an Indian, I would promote my Indian music. I would screen about A R Rahman sahab, I would screen of the biggest music label of the world, T-Series. I would screen about our regional music, our culture. Western influence thik hai, Korean influence bhi thik hai but aap jaha pe rehte hai vo best hai, aapka ghar best hai.” Well, this is something new and different we have heard. Also Read – Trending Hollywood News Today: BTS’ V’s latest pose reminds Army of SRK, Shakira reveals the ‘worst mistake of her life’ and more

Talking about BTS’ song Butter, last month, the song had made it to the number one spot on the Billboard Hot 100 chart. The song is their fourth chart-topping single to date. And to everyone’s surprise, Butter had remained at the top of the Billboard Hot 100 chart for the fifth consecutive week. Out of the 54 songs to launch on number one, this is only the 11th track to remain at the summit in its first five weeks. Butter is also the second longest reigning song from its debut by a group in the chart’s history. Also Read – A look at all the times BTS’ Taekook aka V and Jungkook redefined #FRIENDSHIPGOALS – view pics