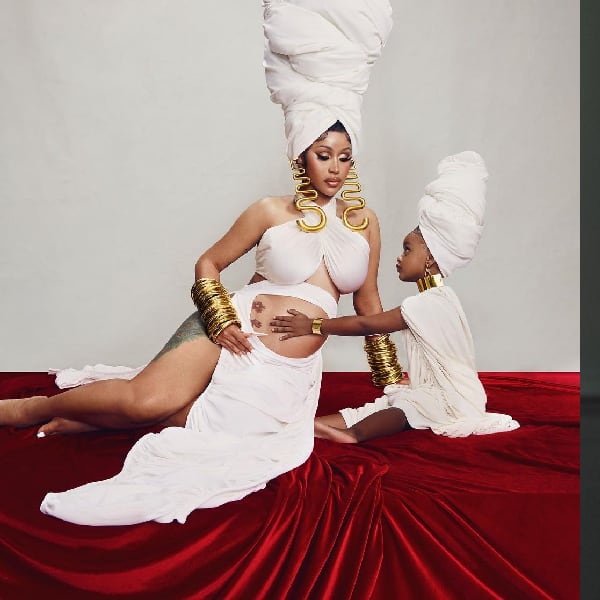 Cardi B is soon to be a mother for the second time. It was recently that Cardi B showed off her baby bump during her performance at BET Awards. Until then, nobody knew that she is second time pregnant. Soon after, she took to her Instagram account to make the announcement. She shared a few nude pictures showing off her baby bump and announced that she is going to have baby number 2 with husband OffSet. Now, she has shared a video that shows her baby moving inside her. Also Read – From Cardi B to Beyonce – 10 over-the-top maternity shoots that raised many an eyebrow

On Insta stories, she shared a video of her bare baby bump. She went ‘Oh my god’ as she managed to capture her baby moving inside her. We could see her belly grumbling as if the baby was moving or kicking. Fans are astonished at this video. Cardi B herself appeared surprised as she could actually see belly moving. Watch the video below: Also Read – Trending Hollywood news today: Slumdog Millionaire actress Freida Pinto announces pregnancy, Fans trend #JusticeForJohnnyDepp on Twitter and more

This video is as adorable as the caption she wrote while sharing a picture with husband. She wrote, “As she made the announcement, Cardi B on Instagram wrote, “We listened to each other, communicated, prayed and then God blessed us and our family with another little blessing. Our home feels so blissful and very busy but we are ready and so happy!! Thank you soo much everyone for the congrats and well wishes.” In another post, she shared a picture of her little daughter touching her baby bump and wrote about how she wants her kids to bond well. She wrote, “I just know these two will love each other soo much and argue soo much since they’re 3 years apart…just like me and Henny. But one thing for sure is they’ll have each other’s back like no one else ever will.” Also Read – Fast & Furious 9: Cardi B spills the beans on her character in the Vin Diesel-John Cena starrer, and you’ll never guess what she’s playing – watch video

58 Most Wholesome Rescue Pet Photos Of The Month (June Edition)

The Family Man To Gullak, Watch These Shows On Parents’ Day 2021 With Your…