BTS’ Jin or V – Whom do you want to see in a Twilight film ? Vote Now 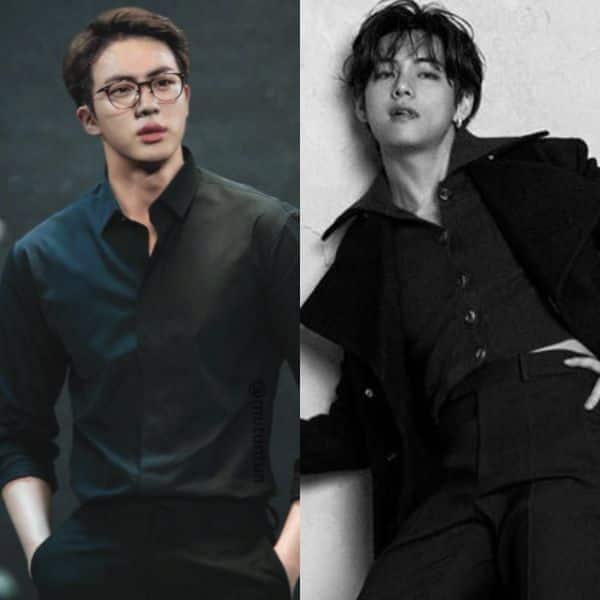 BTS and Twilight fans were in a for a surprise after the official handle of the movie franchise changed its bio to “that fairytale involving wolves”. This happened after Jin in an episode of Run BTS took the name of Twilight as a fairy tale with wolves. His bandmates burst out in laughter and fans could not control themselves. Now, Jin/ Kim Seokjin has often joked about vampires before. He has said that he feels he looks ageless as he feels he might have been a vampire in his previous birth. Well, after seeing this fans are now wanting Kim Seokjin/Jin as a vampire. In fact, they have asked makers to consider him for Breaking Dawn Season 3. Also Read – When BTS member V showed his magnanimous side by helping a woman and little girl who had tripped at the airport – watch video

There is no doubt that Jin/Kim Seokjin of BTS is one helluva good-looking guy. His black hair, curved lips, flawless skin and height makes him perfect material for celluloid. He is also an acting major. People who have seen him in commercials vouch for his perfect expressions and sense of timing. He is also a terrific singer. But the sad news is that Jin has said that he is now focused on his music. He has said that acting has taken a backseat and now he wants to create his own music. Also Read – BTS’ Butter gets a Bollywood version with Akshay Kumar’s ‘Hera Pheri’ twist and the result is HILARIOUS – watch video

Kim Taehyung aka V is also considered as perfect vampire material. He has the magnetism and good looks that make him a perfect choice for a fantasy romance or thriller. He has also done a supporting role in Hwarang and won awards for the same. So, BTS’ V is no novice when it comes to acting. In fact, he has a keen interest in cinema and told Rolling Stone magazine that he did look at an acting career post 30. Also Read – BTS’ Jungkook and RM hilariously called out V for being a ‘picky eater’ and here’s what happened next

Now, whom do you want to see as a vampire in a Twilight film. Vote and let us know…