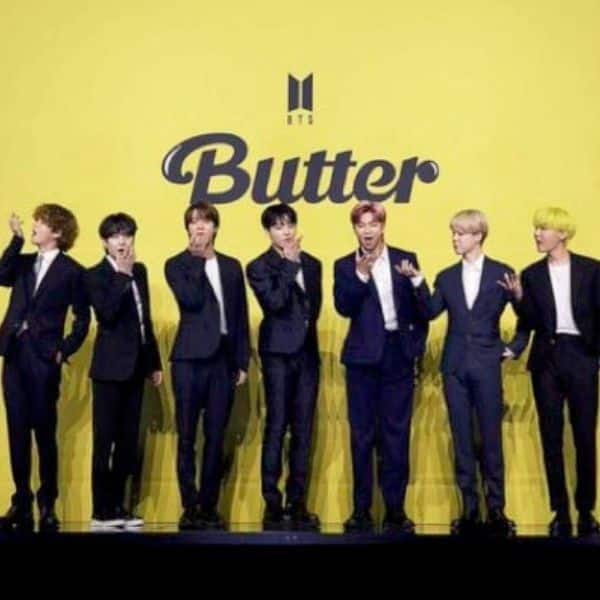 Out of the 54 songs to launch on number one, this is only the 11th track to remain at the summit in its first five weeks. Butter is also the second longest reigning song from its debut by a group in the chart’s history.

The song became the most streamed song in a single day in the history of Spotify, amassing 20.9 million global streams on the first day. The music video of the song set an all-time record of 108.2 million views in 24 hours, and the biggest music video premiere on YouTube with 3.9 million peak concurrents. It is also the second BTS song after Dynamite to be performed entirely in English, which vastly improves its prospects at radio.

Butter highlights distinctive baseline and crisp synth sounds, and tries incorporating the hallmark BTS element of fun in the lyrics. A range of musicians including Rob Grimaldi, Stephen Kirk, Ron Perry, Jenna Andrews, Alex Bilowitz and Sebastian Garcia lent a hand in writing the song. Leader RM took part in the making of the track, too, to add the signature BTS style. The choreography is a combination of group and unit dances, with highlight gestures such as stroking of hair, blowing kisses and walking on tiptoes.

The BTS band made their smashing debut in 2013. Christened BTS, or the Bangtan Sonyeondan, they are a septet comprising Jin, Suga, J-Hope, RM, Jimin, V, and Jungkook. The band is also known as the Bangtan Boys. They have a following of 30.9 million on Twitter and 44.2 million on Instagram.