BTS members pick the young master and no, it’s NOT Jungkook – find out 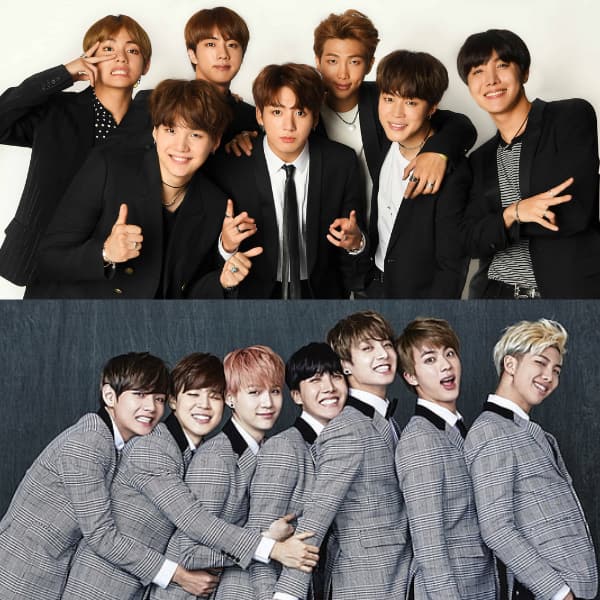 You all may be swooning over the BTS boys and how handsome they look. However, the septet is too adorable goofballs in real life. It’s like they have a split side. While on stage, you just cannot stop gushing over their performances and energy, but off-it, they are just goofing around, pulling pranks on each other. Sometimes, you’d notice that while they are on stage as well. If you are new to BTS, the septet includes leader – RM aka Kim Namjoon, Jin aka Kim Seokjin, Suga aka Min Yoongi, J-Hope aka Jung Hoseok, Jimin aka Park Jimin, V aka Kim Taehyung, and Jungkook aka Jeon Jungkook. Jin is the eldest of them all, followed by Suga, J-Hope, RM, Jimin, V and Jungkook. The first four form the Hyung line whereas the latter three form the Maknae line. Jeon Jungkook, the youngest, born in 1997, is considered to be the baby of the group. But it looks like, the boys don’t think he is the young master. Yes, you read that right. During their appearance on NTV‘s Buzz Rhythm 02, the boys had this fun interaction wherein BTS was asked to pick the young master of the group, they did not pick Jungkook but someone else. Also Read – Candid pics of Jungkook, Suga and other BTS band members that prove they are the goofiest gang ever – view pics

It is none other than Jin. Uh-huh, the worldwide handsome guy. Jin often grabs headlines and the attention of the ARMY for being nothing like the eldest member of the Kpop group. In fact, he is always seen goofing around and behaving like the youngest member of the group. So, naturally, the boys picked him. But guess what, when the BTS boys had to explain as to why Jin is the young master, all the characteristics that they listed were too funny and unrelated to the young master title. Also Read – BTS: The Handmaid’s Tale star Max Minghella gushes about his obsession with the Bangtan boys; here’s what he said

Suga said that Jin has the personality of someone who has been brought up differently. V decided to tease Jin and commented on his wide shoulders saying that they are “like a young master’s”. Jimin joined Taehyung and said that Jin is “kind of like an immature/childish young master.” Seeing the members listing all these qualities, Jin pointed out that all of the traits had nothing to do with being a young master which cracked up everyone in laughter. Watch the hilarious video below: Also Read – BTS: This fan-made video of the septet REACTING to Katrina Kaif’s Sheila Ki Jawani will drive away your Monday blues