BTS’ V and Jungkook top the Most Popular K-Pop idols in the world! See the complete list here

The most popular South Korean pop band BTS is loved by everyone. These band boys have managed to won million hearts with their charming personalities. Well, recently a British magazine has released names of the most popular K-pop idols in the world. Can you guess who has topped the list? It’s none other than BTS. Also Read – BTS’ V treats giveaway winner with Yeotan’s video late in the night and ARMY cannot handle Tannie’s cuteness – view tweets 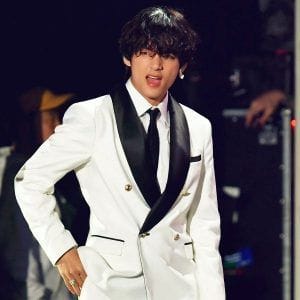 Nubia Magazine, a British magazine has issued a list of top 10 K-pop idols in the world. BTS’ V tops the chart followed by Jungkook. V’s fan following is like no other in the history of K-pop and his fans are all across the globe. In the magazine, it was mentioned that V “wants to crash the internet with his fame and popularity”. The list even mentions BTS’ Jungkook at the second position, J-Hope at the sixth position, and Jimin at the fourth place. Also Read – BTS’ V aka Kim Taehyung’s HOT pictures will leave female ARMY drooling The list was prepared after analyzing over 70 popular social media platforms and Google trends.

BTS’ V aka Kim Taehyung is one of the most loved K-pop stars and we cannot help but fall in love with it. In May, V was all over the Japanese ranking site. He was even selected as the most in-demand actor in South Korea. Did you know, V appeared in drama series called Hwarang in 2016? V is known for his impeccable fashion choices and style. His quirky style makes females go weak in their knees.

Jana Kramer Celebrates Her Faith on Father’s Day Amid Divorce

How to Wear the Y2K Trend That’s All Over TikTok