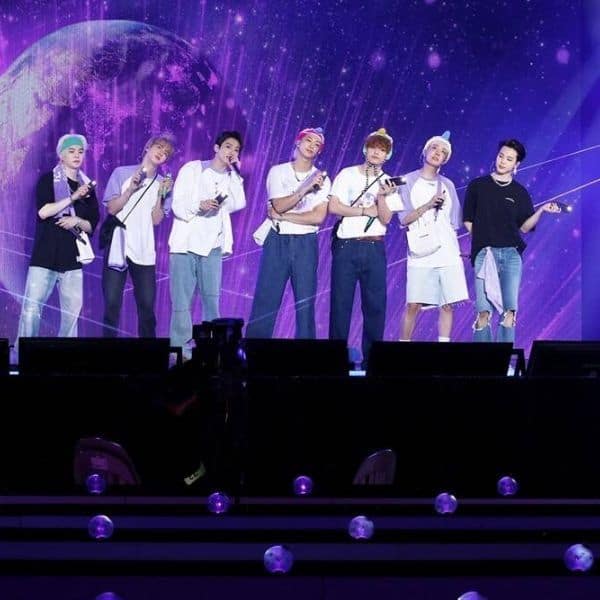 As you might be aware, BTS celebrated its 8th anniversary with a two-day fan event called BTS 2021 Muster Sowoozoo. Held on June 13 and 14, it was a huge hit. In fact, it created a new record. The show garnered over 1.33 million paid viewers from across 195 countries in two days. They had incorporated interactive technologies such as Army in Echo and Army On Air which made fans feel a part of the show. That’s not all there was a big screen below the stage which showed fans all over the world enjoying the event. Also Read – BTS’ J-Hope’s entire outfit for single performance at Muster Sowoozoo 2021 cost above Rs 22 lakh

The previous record stood at 993,000 viewers across 191 countries for their Map Of The Soul on E Online concert last October, and 756,000 for Bang Bang Con: The Live in June 2020. Also Read – BTS’ Butter fever grips Mouni Roy; check out the Naagin actress’ sexy Insta reel

According to reports, the event has brought in over $71 million (Rs 52 crore), inclusive of ticket sales and merchandise sales. The two-day fan event raked in at least 80.0 billion KRW, which is an estimated revenue based on Big Hit Music’s press statement. Also Read – Trending Hollywood News Today: Travis Scott’s love confession for Kylie Jenner, BTS’ Jimmin’s sweet reply to fans and more

While the ARMY was not physically present, BTS made sure they got to see the moves on the single Butter. They also performed songs like Life Goes On, Dynamite, Stay and Fly To My Room. The members also unveiled the Korean version of Wishing On A Star, which was released in 2016, as part of BTS’s second full-length Japanese album. The event also saw individual performances of Chicken Noodle Soup and Daechwita.

Erika Jayne Is ‘OK’ After ‘Housewife and the Hustler’