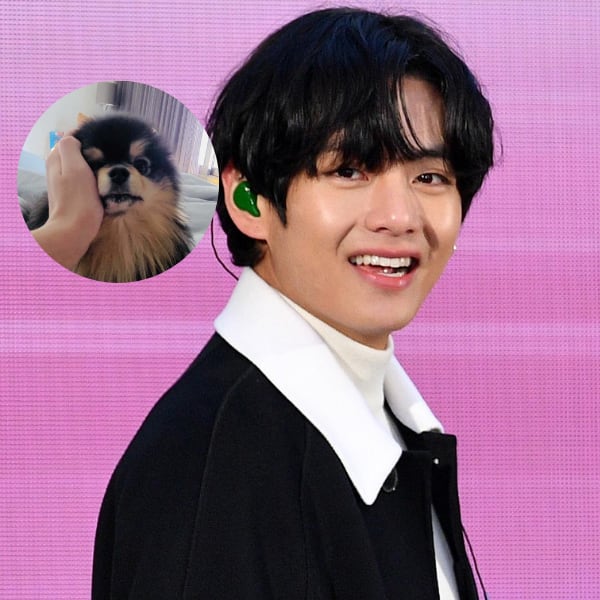 BTS’ V aka Kim Taehyung is one of the most popular members of the boy band. The vocalist and the handsome hunk is grabbing headlines a lot these days and ARMY cannot keep calm. V is at it again. For those not in the know, V is known for his late night Weverse update, chats and gimmicks. He held a mini-giveaway on Weverse in the wee hours of 12th June 2021. He got talking with the ARMY and asked for their help in setting up his profile picture. He also wondered whether he should change his username. For the unversed, Taehyung is known for his late night adventures on the fan site/app. He is often seen replying to ARMY with comforting messages, answering some questions and even playing games. Also Read – Hollywood News Weekly Rewind: HYBE’s major update on BTS’ comeback album; Jennifer Lopez-Ben Affleck’s LA plans, Quentin Tarantino’s shocker and more

In the wee hours of 12th June 2021, V asked ARMY to make an acrostic poem with the word Sowoozoo. He said that he would announcer the winner of the acrostic poem giveaway and would give him a prize they ask for or ask the company to send it to them. V selected the winner of the giveaway and the ARMY asked the Winter Bear singer to upload a selfie or of the whole group after their Muster Concert SOWOOZOO. The Dynamite singer instead offered him a video of Yeotan and himself. He replied to the winner saying, “damn that’s not a “tiny thing” and it’s not easy to get all the members together and it’s been so long since I’ve taken a selfie how about [just] a video!” First off, have a dekko at Yeontan’s video below: Also Read – Trending Entertainment News Today – Nia Sharma’s co-star Kamal Kumar goes on his knees to propose the actress; BTS’ Jungkook is the ‘King of Savage’ and these replies to his fans from his rookie days are proof

And ARMY is not able to get over Tannie’s cuteness in the video. Have a dekko at their reactions here: Also Read – When Boyzone’s Ronan Keating’s interview with BTS invited ARMY’s wrath over his ‘global boyband’ comment

tannie grew up so fast right before our eyes ? pic.twitter.com/6dKeSWCV8t

I have such a soft spot for Tannie ? pic.twitter.com/c66LY2ewMT

taehyung (??‍?1): the video+goodnight with tannie

(in the video:
taehyung: tan, your nose ✋
tannie: ?) pic.twitter.com/uiXG0xWylZ

tete running along with tannie ?pic.twitter.com/JHF6VR4rGy

Talking about Yeotan, he is the adopted black and tan Pomeranian dog of V. He was first seen in 2017. He used to live with BTS boys before but due to their hectic schedules, V sent him to live with his parents. Taehyung and the boys-Jin, Suga, J-Hope, RM, Jimin and Jungkook all dote on Yeotan a lot.

Who Is Graham Bunn? 5 Things to Know About ‘Bachelorette’ Alum