Boyzone’s Ronan Keating interviewed BTS after advicing not to be a global boyband; ARMY goes berserk on social media 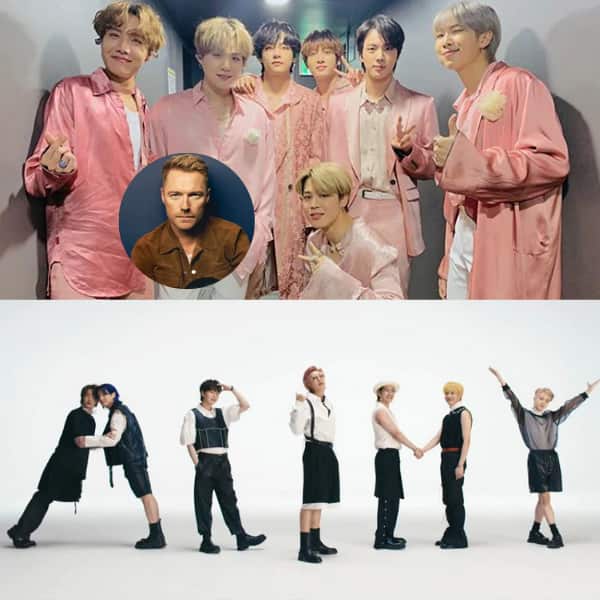 BTS aka Bangtan Sonyeodan is the most popular Korean Pop boy bands in the world. The boy band consists of Jin, Suga, J-Hope, Rm, Jimin, V and Jungkook. Now, the boys are going places with the release of their new all-English single, Butter. The song is making history and increasing the fan base of BTS. Just a couple of weeks ago, the boys also got not one but four Billboards Awards across several categories. Now, the boys had been giving out interviews to various portals across the globe. And ARMY had been going gaga over the same. Just like their Indian interview, BTS’ interview with Ronan Keating, the ex-member of boy band Boyzone is also going viral. And ARMY has just gone berserk over the same. Well, for the unversed, Ronan had previously advised the boys to not become a global phenomenon. While he had said that in good faith, ARMY had not liked the same.

Ronan had said, “Here’s the advice I give BTS, don’t do it. Louis Walsh and myself had this idea, we should start a boyband while Boyzone were at their peak. And we did, we started a boyband called Westlife and they became bigger than Boyzone. It’s like BTS what are you thinking? Is this what you want? It’s not big and it’s not clever boys. They’ll be big but it’s not clever. So yeah there’s my advice, walk away.”

Now, Ronan took the interview of BTS for BBC’s The One Show. There are some from the ARMY got back at Ronan for his advice while some have moved on and thanked him for the interview. Let’s have a dekko at the tweets of the ARMY below:

#BTSxTheOneShow made #RonanKeating trend as well!!! I’m even too old for Boyzone ?? but great that a diverse range of #BTSARMY were allowed to ask #BTS questions ?

Thank you so much for coming on one show? #BTS

Okay, cmmon, you can stop milking it now.

Thank you so much for an incredible interview and for giving UK ARMY the chance to ask BTS questions! It was a pleasure to watch the show! ? ~ L pic.twitter.com/abO8lp8EDR

It was so lovely seeing them? thank you so much for having them on??

Thank you so much for this interview – these are some type of rare interviews which i enjoy where u ask abt boys rather than songs and their music or charts ?

Meanwhile, a Soowoozoo Muster 2021 will be taking place on 13th and 14 June. The boys complete 8 years of their debut on 13th June and ARMY is already celebrating it for a month.