Pakistani actress Alizeh Shah’s latest look is being compared to BTS! What to do think? 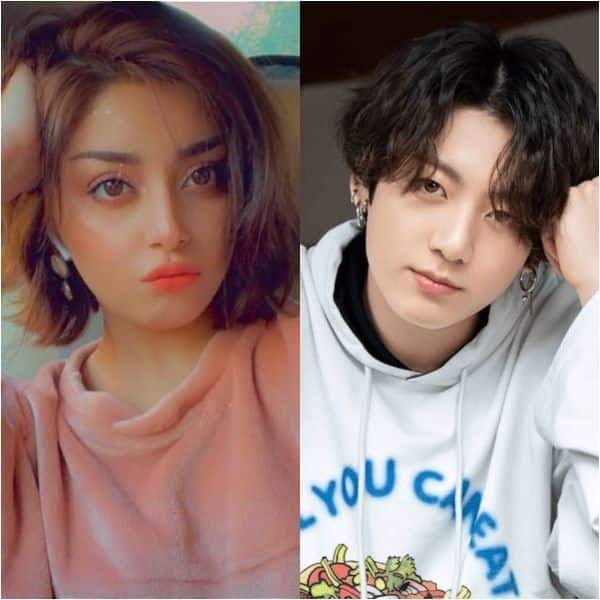 Pakistani actress Alizeh Shah recently took to Instagram to flaunt her new haircut. Her new look got a lot of reactions from fans. An Instagram user compared Alizeh’s new look to members of the Korean band BTS. “Alizeh Shah ready to join BTS,” wrote the user, comparing her with BTS member Jungkook. Also Read – BTS: Throwback to Jimin-Jungkook’s dramatic fight in the rain that made Jin, RM compare them to a K-Drama couple

Alizeh reposted the story to her own Instagram page, and looked at it very positively. “Umm, I’ll take that as a compliment,” wrote the actor on her story. What do you all think? Isn’t she looking really good? Also Read – If BTS’ Jungkook is the Golden Maknae, who is the Golden Hyung? – Find out

Talking about BTS, the all-boy group from South Korea, known to belt out universally bestselling dance hits with awe-inspiring synchronisation in their movement in MVs like, ‘Fire’, ‘Not Today’, ‘Dope’, ‘Mic Drop’, says it would be a toss-up between their 2018 song ‘Idol’ and last year’s ‘ON’ when it comes to selecting their hardest number. The spoke to IANS. Also Read – BTS Festa 2021: Septet’s test to check how well the band members know each other gets hilarious reactions from ARMY

“I think the choreography for ON was the hardest. There were a lot of things we had to pay attention to, including the technical aspects of the choreography and the overall vibe of the dance,” says J-Hope. SUGA and V chime in agreeing, about ‘ON’ being “the most difficult”.

RM, though, is undecided between the two – the choice for him could be either ‘Idol’ or ON’. Jin is sure of his reply, though he seems to think differently from his bandmates.

“IDOL was the most difficult for us because it is a song that required constant movement with no break in between,” he reasons.

Right now, as their new single ‘Butter’ continues to break records, BTS, or Bangtan Sonyeondan, are touching the skies of massive success as no other group has done in recent times anywhere in the world, riding a wave few musicians have done in the history of popular music. It remains to be seen whether the song will become their most watched song on YouTube. The band has a massive fan-following across the globe.

Every Bachelor Nation Engagement of 2021

53 Funny Comics About Animals And Their Relatable Everyday Struggles