Jin, Suga, J-Hope and RM’s answers in their Indian interview prove why the Hyung-line deserves all the LOVE and RESPECT – deets inside 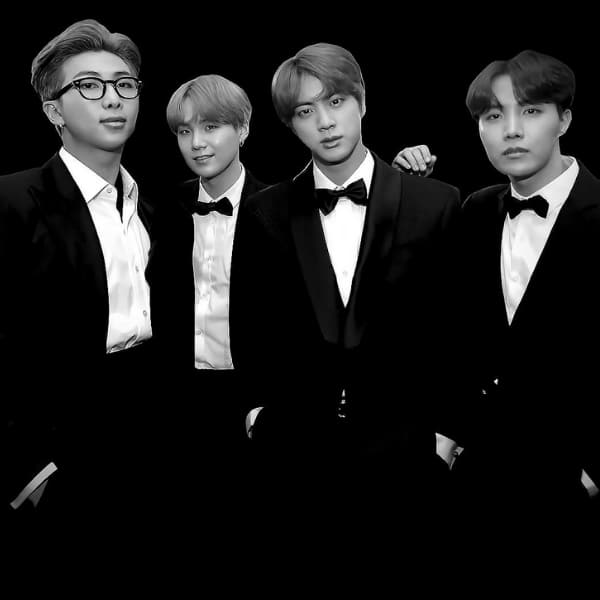 So, BTS is grabbing headlines a lot today in India, why? Because of their Indian interview of course. So, the interview has been doing the rounds of social media and the Indian BTS ARMY is going gaga over the same. After sharing the best 5 moments from BTS’s Indian interview, here we are with special mention for the Hyung-line, that is, Jin aka Kim Seokjin, Suga aka Min Yoongi, J-Hope, Jung Hoseok and RM aka Kim Namjoon. While the ARMY swoons over the boys’ vocal skills and hot looks, today we will talk about how their response has an emotional connect not just with themselves but even with the ARMY. Their maturity in everything that they do is so inspiring that you’d fall in love with them and respect them even more than you did. Also Read – BTS: 5 best moments from the K-Pop group’s Indian interview that has ARMY going BONKERS

So, let’s start with Jin, the eldest member of BTS. Now, everyone knows, Jin loves to introduce himself as ‘worldwide handsome’ and everyone agrees, and he is always seen joking around, but there’s a kind side to Jin which not many know. Even if he would be self-praising on the camera, the lad has not let it go to his head despite it being almost 8 years now. He said that him being handsome is an additional factor, a plus factor. He added that a plus factor can never take away something. He explained it with an interesting example saying that ‘it’s like adding decoration on delicious food.’ Also Read – Hollywood News Weekly Rewind: 4 years of Gal Gadot’s Wonder Woman, Chris Hemsworth wraps up Thor Love and Thunder, BTS’ FESTA 2021 profiles

BTS is known to make music based on their real-life situations for which they have been taking inspiration from their past experiences. Suga was asked whether revisiting the past is difficult or not. Suga, however, instead had a positive response to the same. He said, he instead feels thankful that their experiences help them to tell various stories. And so, it is not painful anymore to recall those things. He added that making music helps them relieve and release those emotions and alleviate them at the same time. So, it’s a win-win for him. He also added that he hopes their music helps other people overcome their painful memories. Also Read – BTS: Do you know how old V, RM, Jungkook, J-Hope, Jimin, Jin and Suga were when they had debuted?

J-Hope was asked as to what keeps them going, after achieving so much, what comes next for BTS. The Chicken Noodle Soup hitmaker revealed that they reached where they are because they had dreams but for real, they are just ‘doing their thing and enjoying what they do.’ So, it was like the ‘destiny aligned everything for them’. He said they have not set specific goals as such, but they just want to continue to work hard and do their best. He added that a Grammy would be nice to have next year. In the end, he said, that as BTS, they just ‘want to keep inspiring people’ with their ‘music and performances.’

BTS has released various genre of music. So, RM, aka Namjoon, the leader was asked whether it gets difficult for them to reinvent themselves or come up with something new every time. Namjoon’s answer won not just the host’s heart but also Indian BTS ARMY’s hearts. RM went into depth stating how they have multiple songs releasing in each of their albums. He talked about how everything is meticulously planned because it’s not just all things fun, but it has a lot of passion involved. And he said that that’s what makes the whole life and career more fun for them. He added that there has been the pressure, of course, but thanks to that, they have been more focused on what they are doing and diligent as well. He called it their biggest motivation.

Now, if this doesn’t inspire you to be humble, focused and earnest about everything in life, we don’t know what will. For us, the BTS’ Hyung-line aka RM, Jin, Suga, J-Hope are precious and inspirations.

19 Amazon Products That Do What They Promise