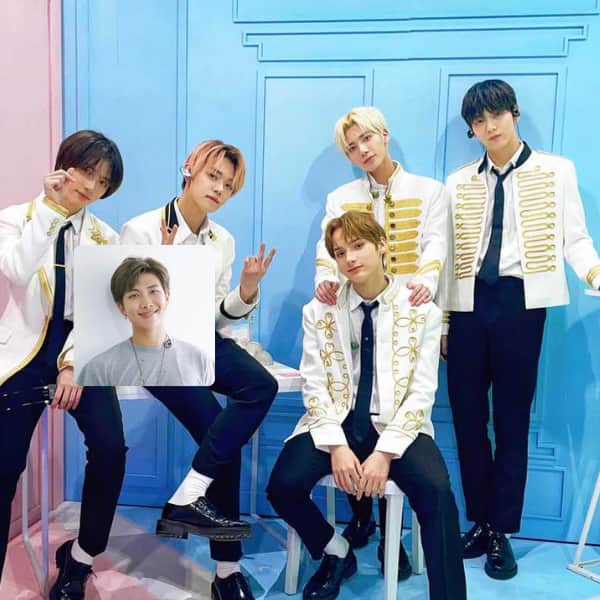 BTS’ RM aka Kim Namjoon is one of the most popular Kpop band leaders in the world. He is leading the most famous K-pop band in the world, BTS and despite the name and fame, RM has stayed humble and helpful. You may have heard how RM helped his bandmates in difficult times. Well, they are not the only ones who he has helped. RM aka Namjoon often lends a hand to his fellow k-pop artists when they approach him for help. And he has been doing so for a long time. That’s what happened with HYBE’s TCT aka Tomorrow X Together band. TXT’s leader, Soobin revealed that RM helped them out with the lyrics and the title of the song when they approached him. So, the producers approached RM when they were stuck up with the music-making. And the BTS rapper gladly helped them out. Also Read – TXT’s 0X1=LOVESONG (I Know I Love You) ft. Seori is all about celebrating friendship

TXT’s Soobin revealed, “Our producer told us that he had been working on the lyrics and he had been stuck for three weeks because he couldn’t bring out the lyrics he liked. He then asked RM, ‘Can you write the lyrics to this song, if you like it?'” The band was pleasantly surprised when RM “gladly agreed to help” them. He also revealed that RM helped them decide the title of the song as well. “For the title track, we had another possible track other than 0X1=LOVESONG. Everyone had mixed opinions on which song we should go with. RM pitched his opinion that 0X1=LOVESONG is better so we decided to go with that,” Soobin said. Also Read – Rubina Dilaik and family tried copying BTS and it took 10 rehearsals, 20 goof-ups and 30 retakes to get it right

TXT’s HUENINGKAI said, “When I heard that RM participated in writing the lyrics, I ran across him at the office and thanked him saying ‘Thank you for writing the lyrics.” When asked about RM’s reaction to the same, HUENINGKAI revealed, RM reacted, saying, “No problem! Please sing it nicely’.” Also Read – BTS: The septet’s WHOPPING fee from the McDonald’s endorsement prove the boys rule the ad space too