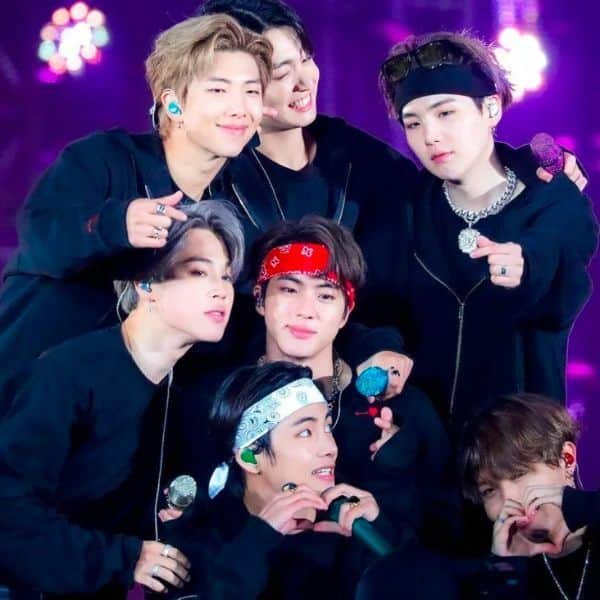 We know these are grim times. Things are pretty bad right now, what with the second wave of Covid-19. But as they say, the show must go on. While things are far from normal in the world of entertainment, there is enough to satiate you. From some BTS members wearing nail polish when they perform to Nick Jonas revealing he proposed Priyanka Chopra the very first time they met, here’s what all happened in Hollywood last week. Also Read – WOAH! BTS members to appear in FRIENDS: The Reunion and fans can’t keep calm

Some BTS members wear nail polish when they perform

BTS is one of the most popular bands, and it seems their fan following is only going upwards. They are about to release their new single, Butter. Talking about the band members, did you know that some of them wear nail polish for performances? Yup, some of the BTS members do wear nail polish including rapper J-Hope. And the reason is beautiful and quite progressive. The septet doesn’t follow the traditional gender norms which makes the K-Pop band a perfect blend of masculinity and femininity. J-Hope had sported nails with EGO spelled on it. Fans had also celebrated it to support the band members. Also Read – BTS’ Jimin opens up on his love for the K-Pop band members and how they are like a family to him

Ellen DeGeneres to end her famous talk show after 19 seasons

One of America’s most popular and iconic shows, The Elle DeGeneres show is coming to an end. A few years ago, it was hit by controversies after allegations of sexual misconduct and toxic workplace. It had resulted in the firing of key executives. In the teaser of the upcoming show, she has confirmed that season 19 is the final one. Also Read – Friends: The Reunion teaser: BTS, Justin Bieber, Lady Gaga and others collaborate with the ensemble cast to give us a memorable experience

Nick Jonas recently revealed that he proposed his wife Priyanka Chopra the very first time they met. When asked about this, he told GQ magazine, “Kind of. It was a sort of proposal. I did get down on one knee and say, “Where have you been all my life?” But I didn’t say, “Will you marry me?” That came much later.” When asked whether PeeCee gives any feedback to his video album, he replied, “She’s the first person I play stuff for. Her input and opinions mean a lot to me, especially when it’s something so directly tied to our experience and our relationship. She loved it, which was great.”

We have seen many international celebs coming out in support in the battle against the deadly second wave of Coronavirus. Last week, Hollywood filmmaker Zack Znyder, pledged to work with actress Huma Qureshi to help the national capital against the pandemic. He tweeted, “I’ve joined hands with Save The Children to help Delhi fight the pandemic. They are working to build a temporary hospital facility in Delhi with 100 beds along with an oxygen plant. Please support #BreathofLife @humasqureshi.”

Florida Is for Sun, Sand, Freedom, and Election Integrity!