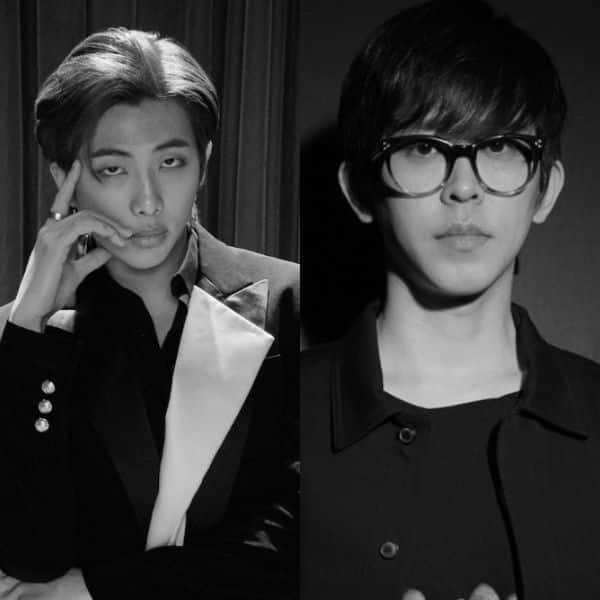 This is great news for all RM fans. eAeon and BTS member RM have a new track together and it’s rocking in Canada. Called Don’t the song is at No. 35 on this week’s Canadian Digital Song Sales chart. This is the second time RM has appeared in individual capacity on the chart. Doing so, he has joined some of the biggest solo stars from his home country of South Korea. He is just the fourth solo musician from the country to achieve this feat. Just one other South Korean solo musician, Rosé, has appeared on the tally more than once. Suga and Psy are the other artistes who have appeared on the list more than once. Also Read – Why is the world going gaga over BTS, Blackpink and more K-pop sensations? The K-Pop Evolution series unlocks the mystery

RM is doing a great job leading BTS leader. Being the only member of BTS who is fluent in English, he always heads and takes care of the international projects and communicating with fans. RM is known to keep the boys grounded. Even the boys respect RM a lot. The members have time and again stated how RM takes the blame when something goes wrong and heaps praise on members when everything works out great. Also Read – BTS beats BLACKPINK, PSY, TWICE, EXO in the ‘most popular’ survey

He was earlier sceptical about releasing song in English, but the success of Dynamite changed it all. He had revealed, “Yeah, I admit that I had an interview some time ago where I said that I think it won’t be BTS anymore if we sing in English. I admit it. At that time, that was my real, honest thing. I think I have to now admit that many things have changed: the virus and pandemic, [the fact that] we can’t be on stage and have concerts anymore. Many things have changed, and my thoughts and my mind and myself have also changed, and now we’re giving a little crazy shot called Dynamite. That’s all I can say.”

The Family Man To Gullak, Watch These Shows On Parents’ Day 2021 With Your…