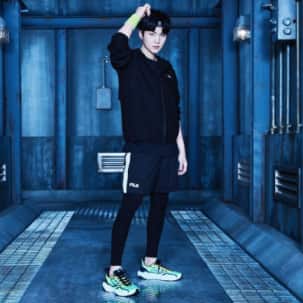 BTS is ruling hearts all over the world. The young men from different parts of Korea have created a phenomenon and brought K-Pop to the world stage. One of the most loved members is Suga. He is known as the Grandfather of the group. Suga is a rapper and also known as Agust D. He is a rapper, song-writer and producer. The young man who is born in Daegu wanted to become a singer after listening to the likes of Stony Skunk and Epik High. However, his parents were not very supportive of a career in entertainment. They wanted something a lot more stable for their son. Also Read – BTS members believe that they’re like an “old married couple” – here’s WHY

Suga told Koreaboo that his parents were not at all keen on him doing this job. He said, “They strongly opposed it for about half a year. My father is a very strict person and since my parents suffered a lot, they didn’t want their own children to suffer too. They wanted their children to become civil servants and live stable lives.” Isn’t that the sentiment of every desi parent? The older generation that has seen suffering wants their kids to lead a cushy life. Suga has an elder brother. Also Read – BTS: When Kim Seokjin aka Jin revealed who among RM, Jimin, Jungkook, J-Hope, V and Suga he shares the same sense of humour with

The young man began performing with BTS. His parents came to see him at one of the concerts. When he saw his parents in the crowd, he began crying and bowed down in front of them. Suga is known for his charitable nature. The young man fed beef to orphanages in South Korea and has contributed to hospitals for kids. He is also an advocate for mental health and LGBTQ rights. Min-Yoongi enjoys immense fan base and people love his slightly whimsical personality. His individual songs have done well in the West too. Surely, his parents are super proud of him! Also Read – BTS: ARMY gives hilarious reactions to Bangtan Boys’ question, Are you #SmoothLikeButter? view tweets