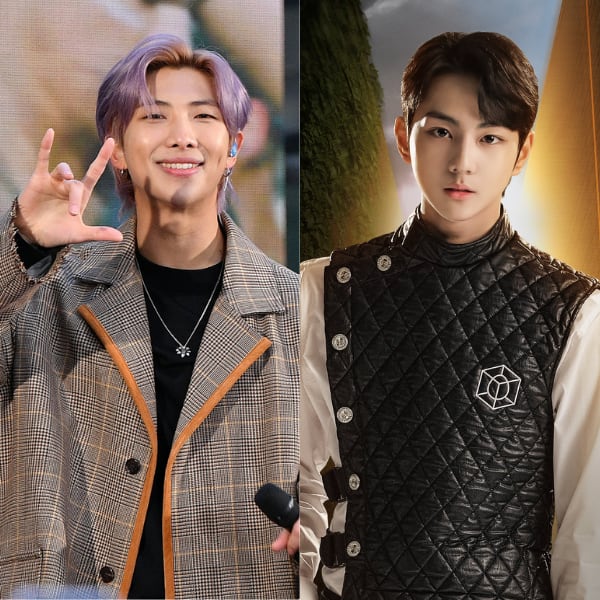 RM aka Kim Namjoon is one of the most popular leaders of the K-pop arena. He is leading one of the most loved and adored Korean pop bands, BTS aka Bangtan Sonyeodan. ARMY loves him for his excellent leadership skills. Fans are in awe of how controlled he is and how he cares for each and every member of the band. Now, BigHit now known as HYBE has several bands under their label. The latest being ENHYPEN which they jointly manage with CJ ENM. Formed in 2020, the group consists of seven boys namely, Jungwon aka Young Jung Won, Heeseung aka Lee Hee Seung, Jay aka Park Jong Seong, Jake aka Sim Jae Yun, Sunghoon aka Park Sung Hoon, Sunoo aka Kim Sun Oo, and Ni-Ki aka Nishimura Riki. Enhypen’s leader Jungwon recently revealed how during his low phase, RM approached him with a piece of advice. Jungwon said that after Enhypen’s debut, he was very nervous about leading a group. However, RM’s advice has helped him to get a direction. He thanked Namjoon for his big brotherly advice. Also Read – OMG! BTS member Jimin shocks the world with his ultra-thin waist

Sharing the advice, Jungwon had said, “After the debut, I had a phase feeling like I was lost. RM then came to advise me on leadership. Him saying ‘leader is not someone who pulls in front of other members but someone who pushes behind the others’ resonated with me. I still remember it to this day. I would love to learn how to move forward with the members, creating chemistry between our dynamics while doing so.” Well, that’s a humble piece of advice. This bit of RM’s advice is breaking the internet right now. Also Read – Throwback Thursday: When J-Hope, Jimin, Jungkook mimicked RM; Jin broke down while rehearsing for their stage debut

RM has ruling hearts as BTS leader. Being the only member of BTS who is fluent in English, he always heads and takes care of the international projects and communicating with fans. RM is known to keep the boys grounded. Even the boys respect RM a lot. They have time and again stated how RM shoulders the responsibility when something goes wrong and heaps praise on members when everything works out great. Also Read – BTS video shows an animated butter melting; gets 12.9 million YouTube views