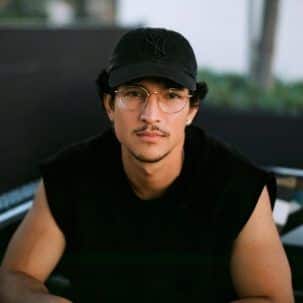 From Taylor Swift to Ariana Grande, the BTS is hugely popular with celebs all over the globe. In an interview with Collider, Danny Ramirez who is ruling over hearts of MCU fans as Joaquin Torres from The Falcon and the Winter Soldier made a revelation. He said that a joke with RM aka Kim Namjoon made it to Marvel’s ongoing Disney+ season. On the show, he is the ally of Sam Wilson (Anthony Mackie). Seeing how popular the K-Pop kings are all over, many shows from all the world drop a mention of the band now and then. When they heard the name of BTS, fans of MCU and ARMY started having fun on social media. Also Read – BTS Map of the Soul ON:E preview: Relive the septet’s concert through a photobook in three different versions

Danny Ramirez’s BTS joke went viral on Twitter. We know how the ARMY is having fun on Twitter after news came out that McDonalds’ is coming with customized meals based on the iconic band. Ramirez had tweeted, “I wish we had more Suga, RM, and J-Hope in us.. Or, instead, which three members will be Sam, Bucky, and Joaquin?” Danny Ramirez also spoke of a very funny moment in the fifth episode of The Falcon and the Winter Soldier. Yesterday, a news came out that BTS might enrol for compulsory military service in 2022. It seems Jin will turn 30 next year and will get no more exemption from the mandatory training. Talking about it, BTS members have said that military training is part of life for a South Korean and they will do it when the time comes. The pop group is leading the world bands in terms of popularity. BTS has members like Jin, Jimin, RM, Suga, J-Hope, V and Jungkook. All the members have huge separate fan base too. Also Read – BTS: Jimin, RM, Jungkook, V, Suga, J-Hope and Jin share heart-warming messages for their Filipino ARMY

Danny Ramirez is a actor of Mexican and Colombian origin. He will be seen in Top Gun: Maverick too. Also Read – Throwback Thursday: When Jimin was saved in the nick of time in his mission of dumb charades by Jungkook

If You’re Willing To Impersonate Imperfectly, You’re Becoming Your Own Original, Here Are My 11 Photos