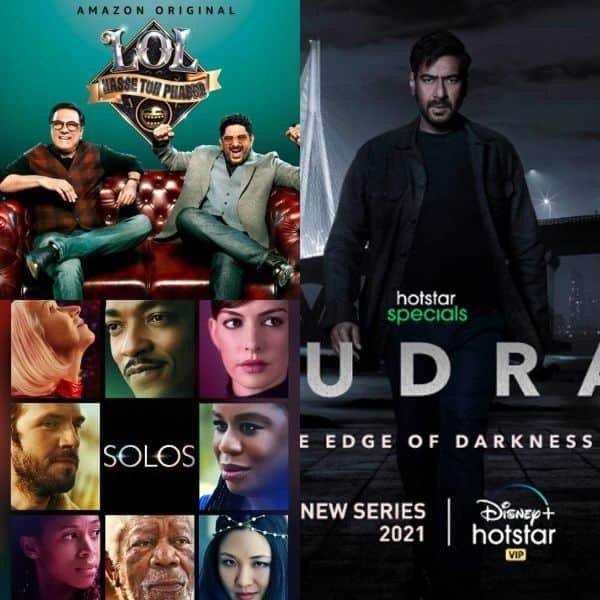 With another day having faded away in the annals of time, it’s time to look back at the biggest newsmakers in the digital world who’ve made it to the trending OTT news today. From Ajay Devgn’s Rudra and the LOL – Hasse Toh Phasse trailer to Kunal Kohli’s Ramyug teaser, Solos release date and Parth Samthaan being showered with love for Mai Hero Boll Raha Hu – check out all that grabbed headlines to make it to the trending OTT news today. Also Read – Abhishek Bachchan-Aishwarya Rai wedding anniversary: When The Big Bull actor kissed his wife on camera in The Oprah Winfrey show

So, without further ado, here are the OTT newsmakers of 20th April 2021:

After playing iconic cop roles through his career in Bollywood, Ajay Devgn will now be seen in an intense and gritty new cop avatar as he makes his grand entry in the digital space with his first ever web series, Rudra The Edge of Darkness. Also Read – Nysa Devgan is a perfect mix of Ajay Devgn and Kajol’s genes – don’t believe us, view THESE pics

Read the full story here: Rudra – Ajay Devgn to make one of the biggest OTT debuts ever with the official adaptation of THIS superhit British TV show Also Read – Happy Birthday, Nysa Devgn: A look at Ajay Devgn-Kajol’s daughter’s amazing transformation from a gawky kid to stunning fashionista

The announcement for one of the year’s most awaited web series, Ramyug, is here. MX Player has just dropped the teaser for the same, or rather the tease of a teaser, featuring megastar Amitabh Bachchan and Ustad Zakir Hussain.