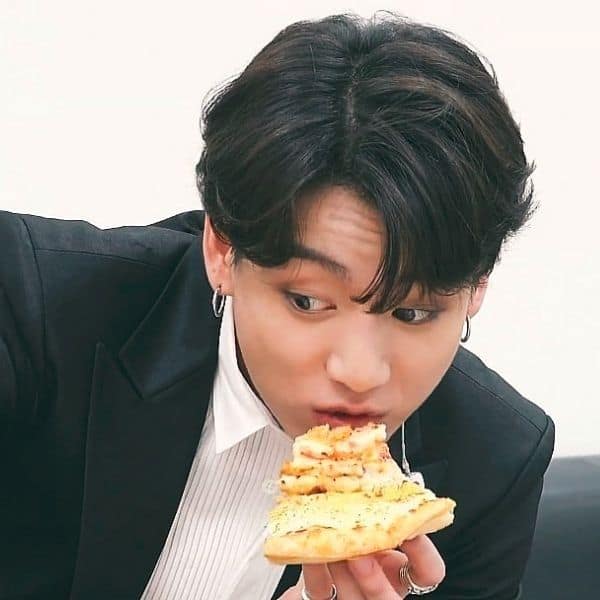 When the COVID-19 pandemic started in 2020, many people tried to different things at home. You remember making Dalgona coffee became a trend? Well, even BTS member Jungkook tried to make something. The band’s youngest member, learned how to make pizzas. The singer, who loves pizza and ended up eating it for a whole month. Also Read – Who does Lizzo love among Jin, Suga, J-Hope, RM, Jimin, V, and Jungkook in BTS?

In an interview with MBC Radio’s Bae Cheol Soo’s Music Camp, BTS members spoke about it. Also Read – BTS members Jimin and V’s amazing bond has a zodiac connect — find out how

BTS’s oldest member, Jin, pointed out that Jungkook started making pizza and ended up eating it for a month.

Jungkook confirmed what Jin said and added, “[Making pizza] is a lot easier than I thought.”

Jungkook’s ability to do many things has got him the title of ‘Golden Maknae’. Maknae is the Korean term for someone who is the youngest person in a group.
Jungkook can also be seen acing on BTS’s long-running reality show Run BTS. The show has the members playing various games and missions, and Jungkook often emerges as the main player.

The singer was quite an outgoing person as a child. From playing outside with kids to trying his hands at b-boy competition, Jungkook was rather a mischievous kid. However, the moment he started auditioning for singing, Jungkook got intimidated by strangers around and made him retreat into his shell.

Jungkook told Japan’s FC Magazine in an interview that he became intimidated by a large crowd the moment he started auditioning for singing. He had revealed, “I started to shrink after being surrounded by so many strangers. This might be the time that I began being shy around people I didn’t know.”

Well, now that incident is past him and the ARMY adores him for what he is.