Khloe Kardashian opens up on her leaked bikini pic; Farhan Akhtar might collaborate with Marvel 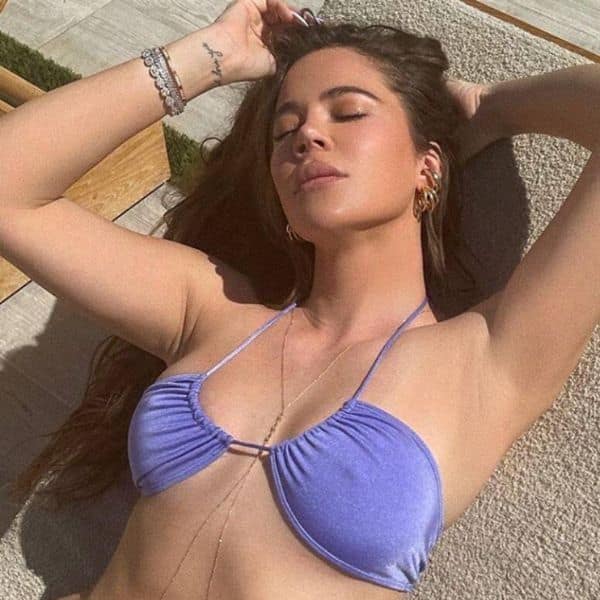 It’s the weekend which means it’s time to chill. It also means looking back at the week gone by in the world of entertainment. So here we are with the top Hollywood news of the week. From Khloe Kardashian’s bikini controversy to Farhan Akhtar reportedly collaborating for a Marvel film, sit back and meet the Hollywood newsmakers of the week. Also Read – Farhan Akhtar to collaborate with Marvel Studios for an international project? Here’s what we know

If this piece of news is true, it will be a huge feather in the cap of the multi-talented Farhan Akhtar. The actor, who will be next seen in Toofan, has reportedly travelled to Bangkok, for a Marvel film. It is believed that the actor is shooting with the international cast and crew for this project. While nothing is official yet, you would agree that there is no smoke without fire. Also Read – Before Kirti Kulhari-Saahil Sehgal, THESE 8 Bollywood couples parted ways after getting married

The Kardashians seem to have habit of making headlines. This time, Khloe Kardashian was involved in a controversy after taking legal action against a seemingly unedited bikini photo being shared on social media. After facing a lot of backlash, the 36-year-old went live via Instagram on Wednesday. In the video, she can be seen slowly removing her sweatshirt to flaunt her body. She wrote, “Hey guys, this is me and my body unretouched and unfiltered. The photo that was posted this week is beautiful. But as someone who has struggled with body image her whole life, when someone takes a photo of you that isn’t flattering in bad lighting or doesn’t capture your body the way it is after working so hard to get it to this point – and then shares it to the world – you should have every right to ask for it to not be shared – regardless of who you are.” Also Read – Thalapathy 67: Thalapathy Vijay to join hands with this pan-India filmmaker for a massy entertainer?

It seems BTS has gone on an unfollowing spree on Twitter. Over the past few months, BTS has unfollowed a lot of celebrities including Tony Jones, Conan Gray, Lindsay Lohan, Kehlani, and more artists. And recently, it seems that BTS has unfollowed Jason Derulo. For those of you not in the know, Jason Derulo had collaborated with BTS for a remix version of his track Savage Love alongside Jawsh 685. While it was a huge hit, it seems that Jason has not been giving BTS their due credit. It so happened that once while celebrating the success of his collab with BTS on Savage Love, he shared a video. While he marked the handle of BTS, he did not mention anyone from the septet. This did not go well with the BTS ARMY. The other time it happened during an online interview with Ellen DeGeneres. Jason Derulo was asked about his collaboration with BTS, but the singer did not mention BTS or the band members leading to the ARMY slamming him on Twitter. And now, the American singer-songwriter is again at the receiving end as BTS themselves have unfollowed him. The ARMY has been sharing a lot of memes in the form of pictures, gifs, videos, and laughing out loud as BTS unfollowed Jason Derulo.

Prince Philip passes away at 99

Prince Philip, the consort of UK’s Queen Elizabeth II, passed away on Friday at the age of 99. The Buckingham Palace announced his death through a statement which read, “It is with deep sorrow that Her Majesty The Queen has announced the death of her beloved husband, His Royal Highness The Prince Philip, Duke of Edinburgh. His Royal Highness passed away peacefully this morning at Windsor Castle.”

That’s it from us this time. See you all next week.