Priyanka Chopra Jonas shares memes on herself, thanks fans for making her day 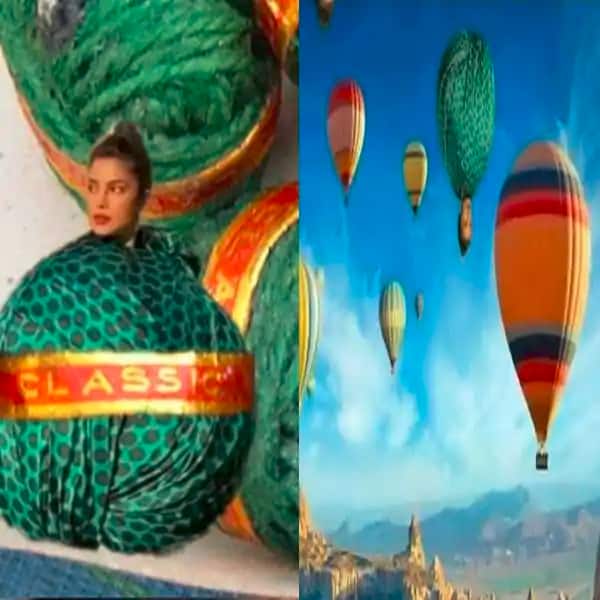 The joke’s on Priyanka Chopra Jonas currently with fan-made memes flooding social media, and the actress is having a good laugh on herself. Priyanka has been posting a string of memes on Instagram stories all through Wednesday, featuring her in a quirky ball-shaped costume. Also Read – Mia Khalifa questions Priyanka Chopra Jonas’ silence on the farmers’ protest; compares her to Shakira

A user compared Priyanka’s look as a new pokemon named Priyankemon, while another imagined her as a ball that Virat Kohli was about to catch during cricketing action. Others fashioned blow horns, hot air balloons and parachutes out of Priyanka in her bloated costume. Users turned her into a green firecracker and a puffer fish. Also Read – Priyanka Chopra’s latest picture made Hrithik Roshan say, ‘Kya Baat Hai’ and left Rajkummar Rao gushing

One meme read: “When mom says ‘boriya bistar samet aur nikal jaa yahan se’ (when mom says, ‘pack your bag and get out of here’).” Have a look at some of the memes: Also Read – We Can Be Heroes trailer: Priyanka Chopra joins little superheroes to save the planet

When you take your Football with you everywhere ?⚽️ #PriyankaChopra pic.twitter.com/Q4fxrq1sT1

The actress thanked fans for making her day.

She wrote on Instagram stories: “Too funny… Thanks for making my day guys.”

The costume is one of many that Priyanka wore during a video call with the internet sensation dog, Tika.

During her appearance on Good Morning America, Priyanka had shared an exciting trivia about herself. She said that she had never auditioned for any acting projects until she bagged Quantico. She had said, “When I picked Quantico as a script, I had to meet them and they had to meet me and I had to do a reading. I had never been in a stare-out room with seven people sitting there and had to perform. It was such a weird thing for an actor to do. I mean, I can make a complete idiot out of myself in front of 80,000 people on stage, but that is a moment which is like, my hands are getting sweaty thinking about it.”

She had added, “It’s a really funny story. Yes it was. I guess that’s how it’s done here. Because I ended up being Miss World, I’m just casually putting that out there, in 2000, so people kind of knew who I was and [I] was cast in movies because it made sense. And then I just ended up doing a lot of them because I guess I was decent at my job.”

29 Relatable Comics About Everyday Life With My Cat And Dog