From A Call To Spy To I’m Your Woman, 5 Women-Centric Stories You Must Watch On Amazon Prime 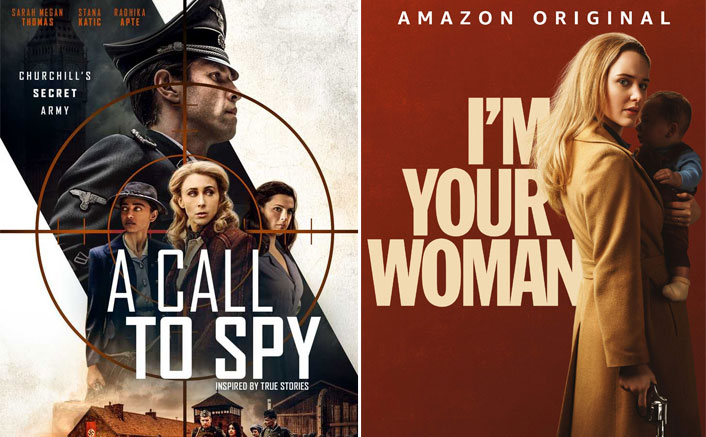 As 2020 comes to an end, hope is rekindled that everything will be fine and normal next year. That said, this year taught us many meaningful life lessons and urged us to push our boundaries, become stronger. There were a host of women-centric movies that did the trick as they showcased the life and struggles of the protagonist who shone amidst adversity.

As this year dawns to a close, here are 5 women-centric movies exclusively on Amazon Prime Video, that will raise your spirits in little or no time.

A Call to Spy

A Call to Spy is a historical spy drama movie inspired by true events during World War II that revolves around the life of 3 women spies and their walk towards victory. The film shows the journey of these spies from training to action to sending and decoding messages. What makes the film all the more interesting is the fact that in addition to the three leading ladies, a vast majority of cast and crew is dominated by women. This includes the director – Lydia Dean Pilcher and the writer and producer – Sarah Megan Thomas and stars Radhika Apte along with Stana Katic. This Amazon Prime Video film also defines that no there are no rules when it comes to men serving the country and women staying at home.

I’m Your Woman is a dark crime drama packed with a whole lot of action. Written and directed by Julai Hart, this film is a neo-noir crime drama film starring Rachel Brosnahan. Filled with action, mystery and drama, this movie is about a mother and her baby and how she suddenly finds her world falling apart one night when her husband goes away. With her husband now gone, she finds a host of people looking for her so that she can pay them the money that her man owed them. It is when she has everything on the line does she decide to stand up and save her kid. Gripping you right from the very first scene to the last, this women-centric film is definitely spine-chilling to say the least.

This American biographical adventure drama series justifies its name for we surely do see all the leading ladies attempting and showcasing the wild side of this character. This Amazon Prime Video Original series is about a group of young girls whose plane crashes amidst a deserted island. It has all the elements of actions, suspense and drama. It is a nail-biting series and will surely give you that adrenaline rush.

People say men who make others laugh are attractive. Well, what do you think about the ladies who do the same? This series features a fantastic line-up of all women comedians- Rachel Brosnahan, Sarah Silverman, Tiffany Haddish, Natasha Rothwell, who deliver something casual that includes anything and everything. This Amazon Prime Video series will be released on the 30th December. If this is not a perfect way to say good-bye to 2020 with all the laughter, giggles and happy tears rolling out of the eye, then what is?

This American drama film, directed by Eugene Ashe, will take you back to the 60’s era, where television and gramophones were the most updated source of entertainment. It is all about how a woman has different roles to play and many expectations to fulfill, but amidst all this she never forgets to lose her own identity. Tessa Thompson played Sylvie’s character and will show everyone exactly why they must prioritize themselves as well. This movie will definitely give you more power and strength and the importance of how to be happy from within in order to make others happy. Sylvie’s Love is all set to stream as an Amazon Original on Dec 25.

Which is your favourite Amazon Prime women-centric movies? Let us know in the comments below.

Must Read: Fittrat To Apaharan, Top 4 ALT Balaji Shows Which Should Top Your List If You Love A Lot Of Drama