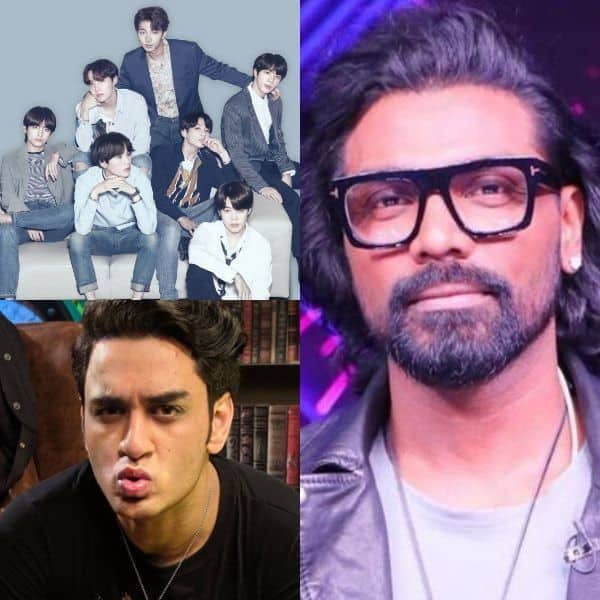 As another day fades away, it’s time to look back at the biggest newsmakers who’ve made it to the trending entertainment news today. From BTS’ new Dynamite version and Remo D’Souza being admitted to the ICU to Vikas Gupta’s shocking revelation on Bigg Boss 14, Priyadarshan’s confession about Hera Pheri 3 and Sanjay Dutt’s climax shot in KGF 2 – Bollywood, TV, Bigg Boss and Hollywood all grabbed headlines to make it to the trending entertainment news today. So, without further ado, here are the entertainment newsmakers of 12th December 2020: Also Read – Week That Was South: Thalapathy 65 announced, Chaitanya JV and Niharika Konidela tie the knot

K-pop stars BTS have released a new version of their hit song, Dynamite. It is a gift for fans in this holiday season. BTS members RM, Jin, j-hope, Jimin, V and Jung Kook are seen dressed in festive colours like red and white, taking selfies and having fun near a Christmas tree surrounded by gifts. SUGA is missing from the video due to a shoulder injury. Also Read – Torbaaz review: The noblest intentions can’t mask the mess of Sanjay Dutt’s sports-political-war hybrid

Read the full story here:BTS’ new Dynamite version is sure to bring some holiday cheer Also Read – Sanjay Dutt’s daughter Trishala Dutt pens an emotional note on father’s past drug addiction; says, ‘Nothing to be ashamed about’

Remo D’Souza admitted to the ICU

Choreographer-turned-director Remo D’Souza has suffered a heart attack and has been rushed to the Kokilaben Hospital in Mumbai. He is currently admitted in the ICU. He has reportedly undergone angioplasty surgery.

Vikas Gupta shared a very personal and shocking bit of news from the outside with Abhinav Shukla in the Bigg Boss 14 house. He says that Kavita Kaushik and her husband have claimed that he used to drink heavily and call her at inappropriate times. Abhinav is clearly taken aback by this. He immediately shares this development with Rubina Dilaik who decides to address it the moment they exit the house.

It’s been quite sometime that we have been hearing the news of Hera Pheri 3 going on the floors. While the film has faced several delays, popular filmmaker Priyadarshan, who delivered comical hits like Bhagam Bhag De Dana Dan, Hungama, Hulchul along with Hera Pheri, has revealed that he is not involved in Hera Pheri 3 as he is not interested in it.

Read the full story here:‘I am not involved with Hera Pheri 3, I have told the makers that I am not interested,’ reveals filmmaker Priyadarshan

After wrapping up his portions in Ajay Devgn starrer Bhuj: The Pride Of India, Sanjay Dutt jumped to KGF 2, where he is playing the lead antagonist Adheera and currently shooting for an epic climax, where he will have a face-off with Yash aka Rocky Bhai.

Lupita is watching you