Suhana Khan Was Missing Cousin Alia Chhiba, So She Posted This Pic 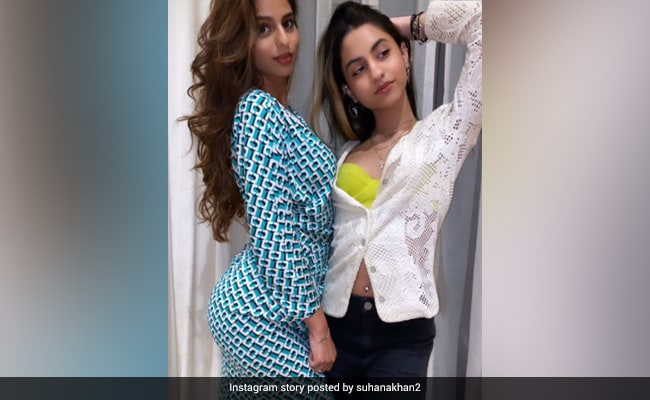 Shah Rukh Khan and Gauri Khan’s daughter Suhana Khan, who was missing her cousin Alia Chhiba, shared a happy throwback picture with her on her Instagram story on Wednesday. In the picture, Suhana and Alia can be seen happily posing for the camera. Suhana can be seen dressed in a printed outfit, while Alia opted for a white shirt of sorts and a pair of trousers. The sister duo looks uber-cool in the photograph. “My head’s cut off because I am too tall. Miss you Alia Chhiba,” Suhana wrote. Both Suhana Khan and Alia Chhiba frequently feature on each other’s Instagram profiles and we simply love it when that happens.

Check out the picture here: 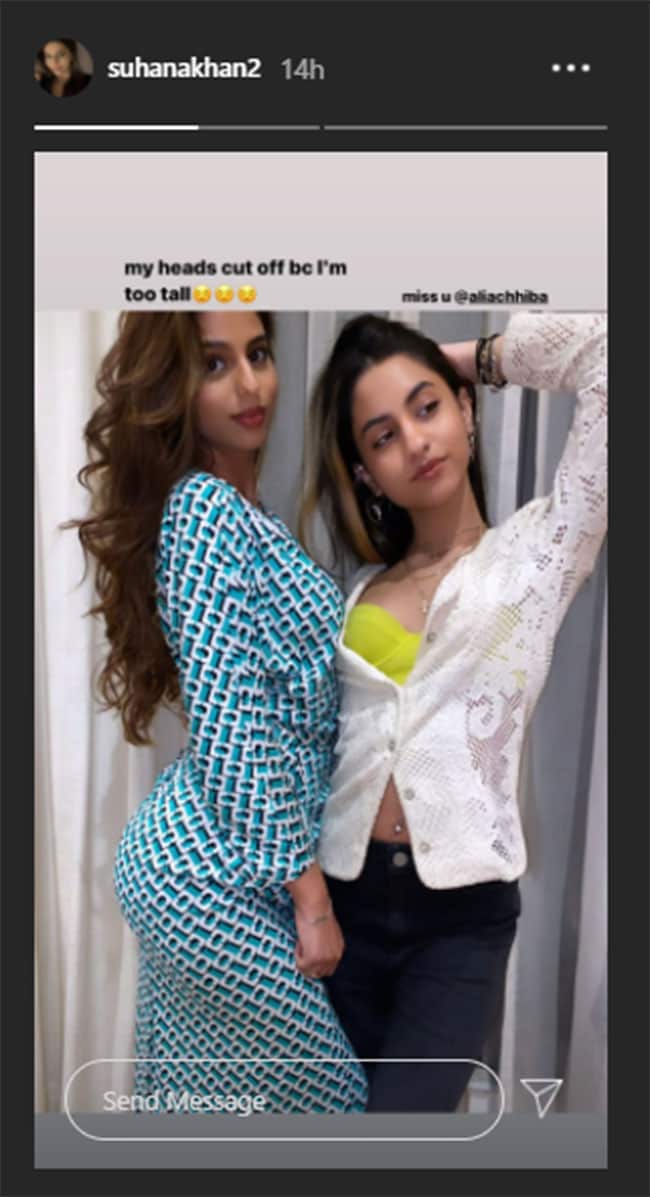 On Wednesday evening, Suhana posted a stunning picture of herself and she captioned it: “Look! Me in a skirt.”

A few months ago, Suhana Khan featured on the list of trend after she shared a strongly-worded post in which she called for ending colourism. Suhana revealed in her post that she has been disparaged for the way she looks ever since she was 12. “I hope it helps to know that I’m 5″3 and brown and I am extremely happy about it and you should be too,” read an excerpt from her post.

Suhana Khan has inherited her love for acting from her father Shah Rukh Khan. She studied films at England’s Ardingly College and is currently a student at the New York University. Suhana also featured in a short film titled The Grey Part Of Blue, directed by Theodore Gimeno.