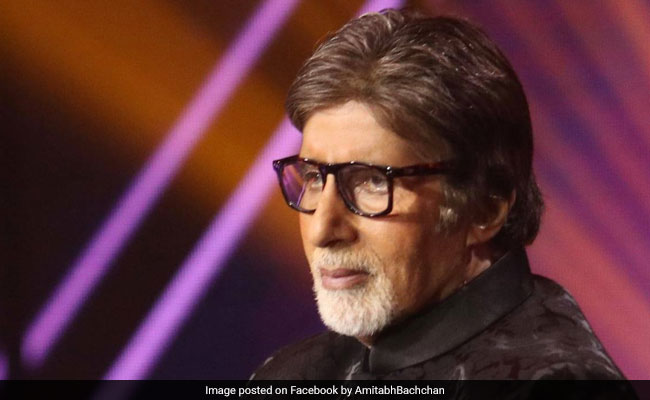 KBC 12: Big B in a still from the show. (courtesy amitabhbachchan)

In tonight’s episode of Kaun Banega Crorepati 12, Amitabh Bachchan hosted two contestants. He began the episode with yesterday’s roll-over contestant Laxmi. She went home with a prize money of Rs 12,50,000. The second player on the show was Nisha Ram, a fashion designer from Delhi. She revealed that her business suffered big time due to the coronavirus pandemic. She added that she decided to make face masks so that she could help the people working under her. Nisha also revealed that her financial condition deteriorated after the lockdown and she wishes to earn lots of money.

Amitabh Bachchan was in a chatty mood and asked Nish Ram of what she thinks of his fashion choices. She replied that she likes what Big B wears on the show. When the show host asked her not to be “diplomatic,” she said that he wears blue too much. Amitabh Bachchaan then asked for her some fashion advice. She said he should opt for colours like beige, brown and grey. Amitabh Bachchan revealed that he often tells his stylist to avoid using colours like grey and brown.

Some of the questions asked on tonight’s episode were:

Which of these primary ingredients are used in the popular Maharashtra dish ‘Zunka’ and the Gujarati dish ‘Khandvi’?

Where is Deekshabhoomi, a location associated with Dr Babsaheb Ambedkar, situated?

Which of these items are often shown in the depictions of Lord Shiva?

The spot where Apolo 11’s lunar module Eagle, landed on the Moon is known by what name?

Which of these pairs of the leaders and their ‘Samadhi sthal’ is not correct?

Which player is allowed to touch the ball with his feet during a hockey match?

What is the name of the pranayama in which exhalation resembles the sound of a bee?

According to the Ramayana, where were Bharat and Shatrughana when Dasharatha died?

Watch this space for more updates on Kaun Banega Crorepati 12.