Tanushree Dutta Opens Up About Weight Loss, Says Was Body-Shamed In “Sneaky Ways”

Kraven the Hunter Villain Revealed and It’s One of… 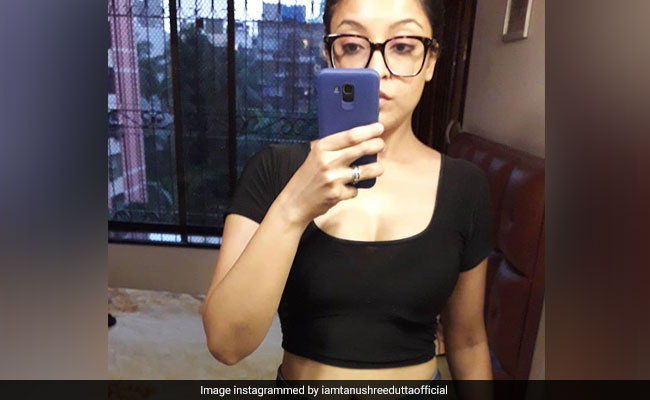 Actress Tanushree Dutta, who recently revealed in an Instagram post that she may be making a comeback in Bollywood, opened up about her weight loss journey in an interview with Times Now Digital. In the interview, the 36-year-old actress revealed that before her physical transformation, she was subjected to “sneaky ways” of body-shaming. “I think, in the last couple of years, when I was maintaining a bigger body frame, I think a lot of people took that as an excuse to body-shame me. Sometimes people can be really sneaky, you rarely come across people who outright call you fat. They said in sneak ways and that hurts you nevertheless,” said Tanushree.

“You can tell that they don’t have their best interests in me. They say it to put you down and make you feel bad. I did go through that emotional roller coaster,” she added. In the interview, Tanushree added that she lost some 15-17 kilos over a period of five months, following a strict work-out routine and a no-carb, no-sugar diet. In September, she shared this photo of her leaner self on Instagram and wrote: “Hey there! 15 kgs later.”

Tanushree said that she decided to get back in shape keeping her comeback on the big screen in mind: “I was healthy and fit in terms of my body and shape, I was okay. I was not obese. For screen, I thought if I dropped a few pounds, I would look even better. So I started working on that.”

The big secret of my 15 kg weight loss as many have been asking is intermittent fasting on alternate days! People on social media are just going berserk wondering what happened to me and how I lost so much. Well, Rome was not built in a day neither was my body. Took a year to get to this. So here it is folks; Along with a good healthy diet and regular exercise I’m following a holistic lifestyle. I start my week with a full day monday fast ( Shiva devotee! ) and live a holistic, organic, ayurvedic lifestyle the rest of week. I started this fast and a few other changes after I visited Mahakaleshwar last year. I consume eggs, non veg and dairy sometimes but mostly remain vegan. I let my spirit decide what to put in my body. I dont drink, smoke or do anything that harms my body and reduces its capacity to heal naturally. I drink lots of water except if I’m doing a full fast. I cheat sometimes on my daily routine once every few weeks for few days but jump right back in to discipline. Start my day with hot water n lemon, and end with a cup of hot green tea after dinner. Dinner is always before 8 or 9 pm latest. 30-40 min walk and 30-40 min of weight training or yoga almost everyday. Lots of fresh juices to keep energy levels up and lots of detox teas and green teas all day. I pray and meditate 3 times daily as has been my habit for years through many different religions, and despite my life circumstances try to keep a smile on my face and help others as much as I can. It’s my whole lifestyle and a 360 degree attitude shift that has contributed to this positive change. There is no magic, no miracle, no secret so to say just a realization that I wanted the change so bad that I was willing to give up on a few things that were not serving me anymore. Certain attitudes, certain food habits and certain thought and habit patterns had lived out their expiry. Last but not the least someone up there surely loves me enough to keep giving me second chances in life to correct all the wrongs that I have endured! So this is His grace and His love manifest as my transformed body and soul. Still more to go…work in progress folks! Need ur support, love and prayers too. Xoxo

A post shared by Tanushree Dutta (@iamtanushreeduttaofficial) on Oct 10, 2020 at 8:17am PDT

In an Instagram post earlier this week, Tanushree Dutta revealed that she’s been getting work offers not only from Bollywood but also from the South film industry. Tanushree said she ditched a job opportunity in the US in favour of working as an actress and has returned to India for a brief stay: “I decided to not be hasty in changing my profession and re-consider what options I have in Bollywood.”

In 2018, Tanushree Dutta set the #MeToo movement in motion in the Indian film industry after she named actor Nana Patekar in her account of a decade old sexual harassment case. Tanushree Dutta is best known for starring in films such as Aashiq Banaya Aapne, Chocolate: Deep Dark Secret, Apartment and Dhol.