DANISH actor Mads Mikkelsen could potentially take over Johnny Depp’s role of Gellert Grindelwald in the Fantastic Beasts franchise, set to be released in 2022.

The rumor comes amid Depp’s resignation from the cast after losing his libel case against The Sun.

Who is Mads Mikkelsen from Fantastic Beasts?

Mads Dittmann Mikkelsen is a Danish actor who was originally a gymnast and a dancer.

The 54-year-old moved into acting in the early 90s and became a successful Danish film star before he starting snapping up some of Hollywood’s most coveted roles.

He has played roles in King Arthur, Casino Royale, Clash of the Titans, Age of Uprising, Rogue One: Star Wars, and now he’s in talks to star in Fantastic Beasts and Where to Find Them 3.

Is he taking over from Johnny Depp?

Mikkelsen is reportedly a likely choice to play ‘dark wizard’ Gellert Grindelwald in the third Harry Potter prequel after Depp was let go from the cast due to a court ruling.

The actor had sued The Sun for calling him a “wife-beater” in a 2018 article after Amber Heard was granted a domestic violence restraining order against him in the US in 2016.

Presiding judge Mr. Justice Nicol ruled that The Sun’s article was “substantially true” in a written statement delivered through the U.K. Ministry of Justice.

As a result, Warner Bros asked Depp to step down from the cast, which he obliged.

Heard and Depp and been embroiled in a series of court battles regarding allegations of domestic abuse since their split in 2016.

Although Depp has vehemently denied the claims of abuse, his lawsuit against The Sun could not succeed.

“For those of us present for the London High Court trial, this decision and Judgment are not a surprise,” said Amber Heard’s lawyer Elaine Charlson Bredehoft said in a written statement regarding the court’s ruling.

“Very soon, we will be presenting even more voluminous evidence in the US. We are committed to obtaining justice for Amber Heard in the US Court and defending Ms. Heard’s Right to Free Speech.”

What did Johnny Depp say about his removal from the cast?

Depp revealed on Instagram on November 6 that he would no longer be part of the cast.

“In light of recent events, I would like to make the following short statement,” Depp began.

“Firstly, I’d like to thank everybody who has gifted me with their support and loyalty. I have been humbled and moved by your many messages of love and concern, particularly over the last few days.”

“I wish to let you know that I have been asked to resign by Warner Bros. from my role as Grindelwald in Fantastic Beasts and I have respected and agreed to that request,” he continued.

“Finally, I wish to say this. The surreal judgment of the court in the U.K. will not change my fight to tell the truth and I confirm that I plan to appeal,” Depp concluded.

How many times did Johnny Depp attack Amber Heard? 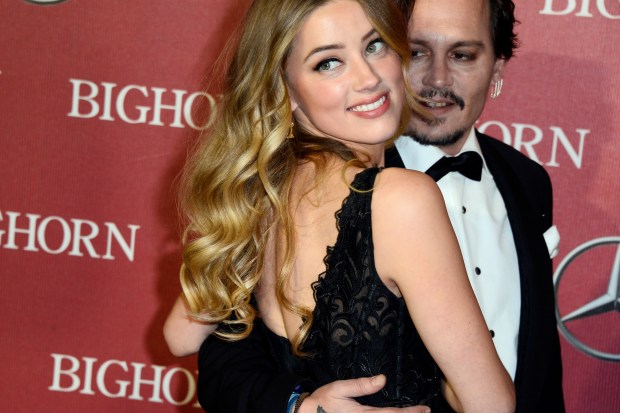 After studying the evidence of his libel trial against The Sun, Mr Justice Nicol said “the great majority” of our allegations had been proven.

Out of 14 alleged incidents, he dismissed only two — owing to insufficient evidence.

Depp is to go ahead with suing ex-wife Amber Heard despite losing his libel case against The Sun.

The star will sue over an article she wrote for the Washington Post in 2018, in which she called herself the survivor of domestic abuse.

“My resolve remains strong and I intend to prove that the allegations against me are false. My life and career will not be defined by this moment in time.”

A top lawyer has said that Depp may “never work again” in Hollywood following his axing from the film.

When is Fantastic Beasts coming out?

Fantastic Beasts 3 is currently in production and is expected to be released by 2022.

This Morning outrage after official speaks over Remembrance Day silence

KING OF THE CASTLE

The franchise is intended to comprise of five films.

Depp will earn his full $10million salary for filming only one scene on Fantastic Beasts 3, it is believed, as Warner Bros cuts ties with the star.