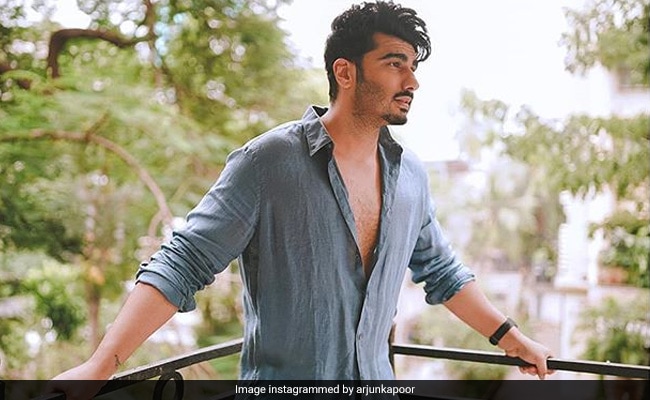 With dynamics changing after every film release, actor Arjun Kapoor says the film industry is a fickle place, where one can’t afford to take stardom too seriously. Kapoor, who has been in the industry as an actor for eight years, said the best way to navigate the highs and lows of Bollywood is to remain grounded. “I think you cannot take your stardom so seriously, since it’s about Friday to Friday (release). You get written off with a bad film and you get hailed as a superstar with one hit. You just have to enjoy your place under the sun and have fun while doing it. And make sure you are not overly indulged in it, make sure you do good work and never take anyone for granted,” Arjun Kapoor told news agency PTI.

The 35-year-old actor has dubbed in Hindi for the popular Amazon Prime Video superhero drama series The Boys. Arjun Kapoor has lent his voice to the character of Billy Butcher, originally played by Karl Urban on the show, which chronicles what happens when the heroes go rogue and start abusing their powers. The actor said the best way to deal with stardom is to use the privilege which comes with it for greater good.

“Sometimes speak up about things or discuss the issues that matters. Also, sometimes you need to keep calm and take care of yourself and take care of the near and dear ones. That itself is using your power for the right reasons. What’s the point of helping 100 if you can’t help at least two around you first?” he said.

Developed by Eric Kripke, The Boys is based on the comic book of the same name by Garth Ennis and Darick Robertson. The series also stars Jack Quaid, Antony Starr, Erin Moriarty, Dominique McElligott among others. The actor said the show’s philosophy is a huge draw for him. Its “twisted concept”, where the heroes are villainous, and the villains are heroic, emphasises that people shouldn’t believe everything they see, Arjun Kapoor said.

“The people operating behind the scenes can be very deceptive and deceiving, it is something which is relevant in the society today. We tend to believe certain parts are positive, right and good. But what if there is a grey area then not as good as perceived in and the so-called vigilantes of the evil, or the negative might have something that makes them good. There is a lot of grey on the show and I think that is most appealing aspect,” he added.

To voice the mysterious and brutal Billy who has a personal but secret agenda while retaining his charm and sarcasm as the leader of the Boys was not easy, the actor said. Arjun Kapoor said one had to make it “punchier” and change the tonality to suit the Hindi speaking audience. “I tried to apply the same amount of emotional honesty while dubbing it in another language. I kept it as honest as possible, whether with the sarcasm that comes with the honesty or even the emotion, I just tried to latch on and believed that I am living and breathing the character in that language,” he said. “He (Urban) gave me so much to feed onto, as his performance is great, I just literally had to watch learn and perform it again in Hindi,” Arjun Kapoor added.

(Except for the headline, this story has not been edited by NDTV staff and is published from a syndicated feed.)

Behold, All of the Celebs That Are the Same Age as Baby Yoda